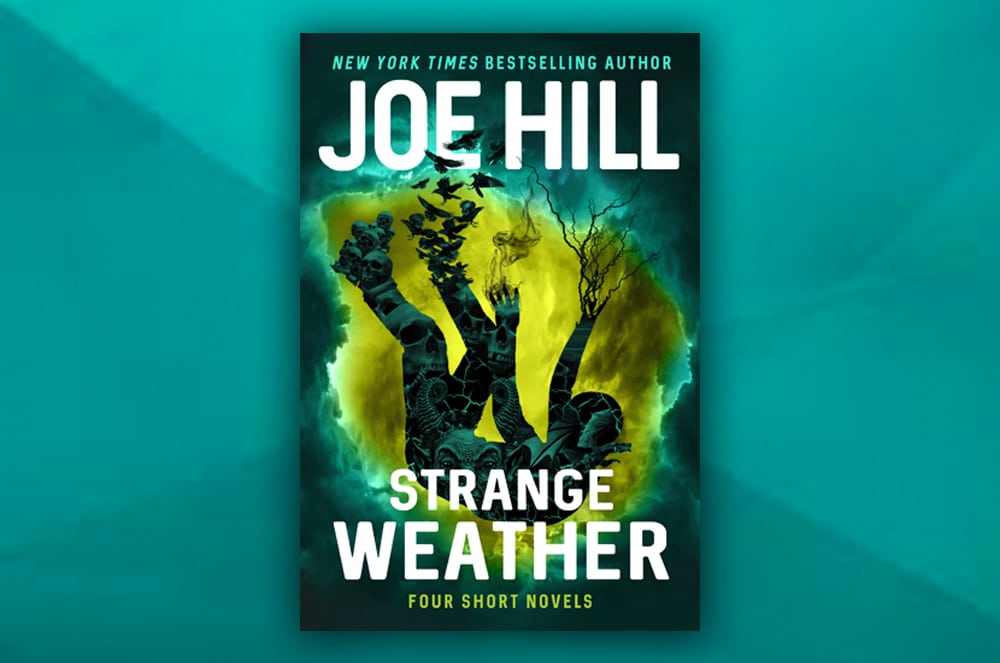 I tend not to gravitate towards short novels and short stories, but Strange Weather by Joe Hill was quite surprising.  Much of this has to do with the design and the Author’s Note afterwards. In it, Hill says that the story I liked the best, Loaded, was both the final story written and the one that he had in his head the longest. Let’s talk about Loaded, since this is the story that is perhaps receiving the greatest amount of polarized reactions right now.

For starters, the genre in question that is associated with Hill is horror. This is probably because of his father, (I think it has a lot to do with that), but I don’t know if that term really describes Hill. Some of his larger novels are bordering on thrillers, supernatural elements abound, and certainly in a story such as Loaded, there are elements of a detective novel, certainly there is a throwback to femme fatales and crime fiction of the 1950’s, but this is a forward-looking story. Mainly, because it is about the gun, and as Hill lists it in his Afterword, about America’s obsession with the gun (this was obviously written a while before certain events took place, but the story prefigures it in a lot of ways).

In essence, Hill’s stories, and especially this one, look backwards quite a lot, and yet are very much about the wonders and horrors of technology and social interactions. The gun as a central figure, (and the title has meanings that go beyond it), is a continuation of the style that Hill employs to great effect, which is certainly controversial (he makes little attempt to hide who he believes is the “real” perpetrator). But at the same time, the gun is an object of horror, and especially so for Hill. So it makes sense to include this story, and putting it in the middle fits it within stories that are more oriented towards supernatural elements and mystery-thrillers. In fact, the illustrations at hand, (and Hill uses different artists ) suggest that perhaps Strange Weather is something other than what is beyond and the horror may be at present.

Strange Weather was provided by HarperCollins Canada in exchange for an honest review. It may be purchased from your friendly independent bookseller or other fine bookstores.