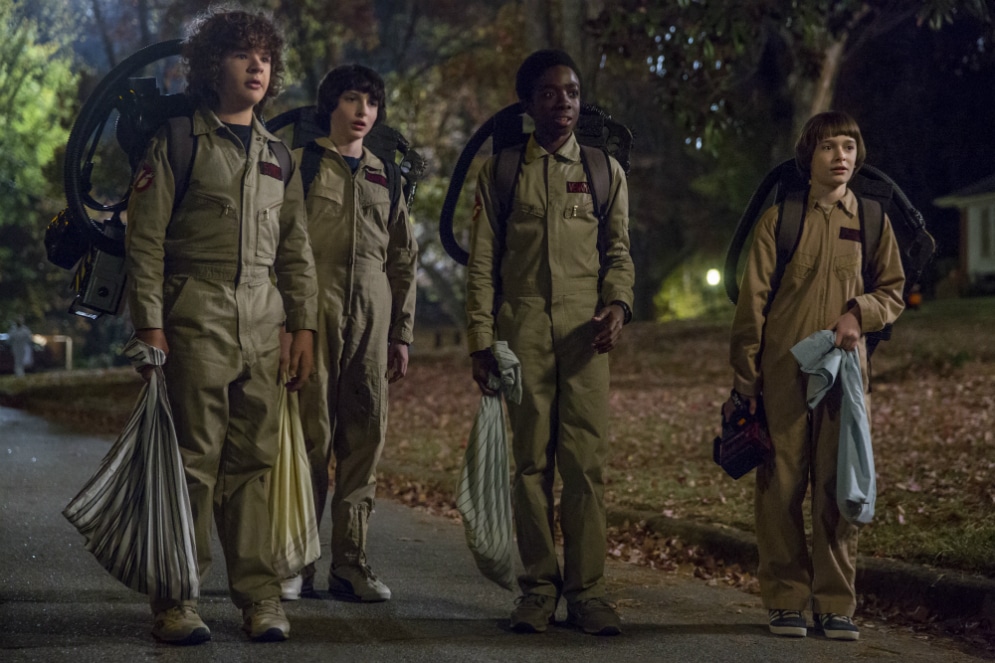 I have very mixed feelings about Stranger Things‘ sophomore season, which returns to Netflix Canada tomorrow (just in time for Halloween). Last year, I was amongst the throngs of people who delighted at the series’ loving tribute to the stylistic choices, tropes and archetypes of ’80s films. And yet now, when creators/writers/directors The Duffer Brothers have essentially recreated all of the narrative beats of the successful first season, I find myself less enthused about the result. Much like eating one too many Eggos (which, yes, Eleven still eats), the end result is comforting and satiating, but you still wish you had something different to consume.

The show picks up in October of 1984,  nearly a year after Will (Noah Schnapp) has been rescued from the Upside Down world, returning in not quite the same state (hinted at in the closing scenes of season one). Everyone in Hawkins seems to have moved on from the horrors of the previous year, partially thanks to a mass cover-up by the evil scientists at the nearby lab. Will was “lost in the woods”, you see, and Barb (Shannon Purser, the breakout star of last year’s season), well, nobody really cared where she disappeared to except for her confused parents. Will’s buddies (played by Gaten Matarazzo, Finn Wolfhard and Caleb McLaughlin, respectively) are too busy mooning over new girl Max (Sadie Sink), and, in Mike (Wolfhard)’s case, preoccupied with longing for the still-missing Eleven (Millie Bobby Brown), to notice that Will is undergoing a transformative experience of his own.

The season moves along at a slower pace than the previous one (all while mimicking Spielbergian scenes from Close Encounters of the Third Kind and E.T., as well as Alien, The Outsiders, The Exorcist, and a host of other ’80s-era films) and, as mentioned earlier, aping its own material from last season. Sean Astin is a hoot as the straight-laced, Mr. Mom-loving, basic (literally) love interest to Winona Ryder’s Joyce Byers, and Brown (as a newly hormonal and temperamental Eleven), Schnapp, David Harbour and even Matarazzo (showing some surprising range as a young comedic actor) give layered performances, and yet I still wish the material was stronger or even somewhat different. The final few (John Hughes-like) scenes of the season will leave you smiling from ear to ear though.

Once you’ve binge-watched all of Stranger Things (because we know you will), here’s a handy viewing guide of the other spook-tacular TV shows and movies on Netflix this Halloween: