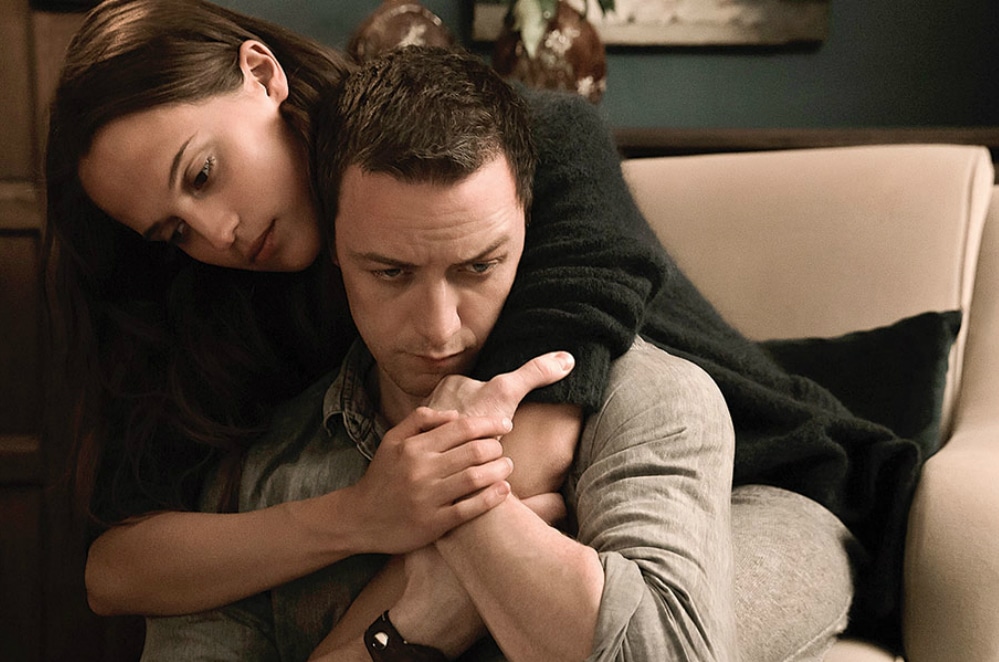 Leading the way for the film that is supposed to be one thing, ends up being another and yet is endlessly fascinating throughout, Wim Wenders’ Submergence is frustrating. In terms of the visual metaphors of submerging and diving, they’re used ad nauseam, but the bigger problem in the film seems to be the script. James McAvoy and Alicia Vikander make a charming couple, though in no way is she believable as a renowned professor. They have a meet-cute at a retreat (though McAvoy’s James is a bit of a stalker type), and have pretty people relations before the real world problems get in the way.

And though Vikander’s Danielle has a storyline verging on the ridiculous, McAvoy’s might be even more offensive, and there is little that Wenders, cinematographer Benoit Debîe or a prominent actor can do to stem the tide, so to speak. But it is still a watchable movie throughout and needless to say looks and sounds beautiful. But it’s a silly misfire for an acclaimed auteur and J.M. Ledgard’s book likely has a little more, um, depth.