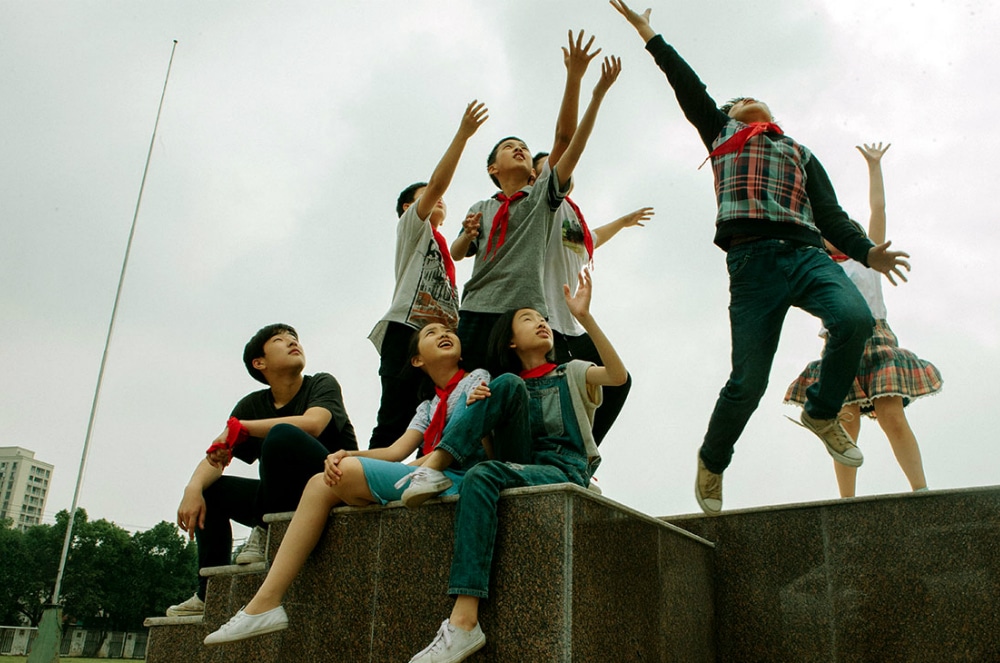 Suburban Birds, the debut feature film from writer-director Sheng Qiu, opens with a warped shot through a surveyor’s lens. The camera pivots on a tripod the full 360 degrees, the sound muffled, yet we get a sense of where we are and who we’re meant to study. A survey crew, the film’s ostensible protagonist Xia Hao (Mason Lee) among them, are trying to figure out where and by how much the ground around them is shifting. As we watch the film, a similar feeling of uncertainty creeps in: where is this going?

These are the primary strengths of Qiu’s film: its strong visual conceit and counterbalancing ambiguity. The former locates the film, noting space and distance between the young men, their work, and their feelings; the latter introduces additional structural gambits to the film that leap to something else: a study of time. For its second act, Suburban Birds‘ narrative slides backwards after Hao discovers a child’s journal and the film decides to visualize its journey (with title card dates helpfully provided). But wait, the lead boy of this story is also named Xia Hao. Is this a trip down memory lane for the older version, a circular tale of dream logic, or something else? Qiu never quite answers this central riddle, which may frustrate some viewers even as his images become more untethered and evocative. The self-assuredness of his technique, which at times feels both showy and low-key, is another strength of the film. In effect, Qiu comes to capture a bit of quarter-life ennui and a slice of coming-of-age, while also saying something broader about China’s wholesale and dramatic change.

In this, it’s hard not to connect to some part of Xia Hao’s story, both young or old, real or imagined, Chinese or not. What’s more, Suburban Birds‘ most confounding elements come to double as delightful, even as we tumble further and further from any clear answers. And while the film could have used more propulsion or a stronger on-camera point of view, there’s no doubt Qiu pivots his camera with purpose. Best to mark that down before moving on.

Suburban Birds plays on Thursday, November 14 at 9pm at the TIFF Bell Lightbox as part of the MDFF Selects series