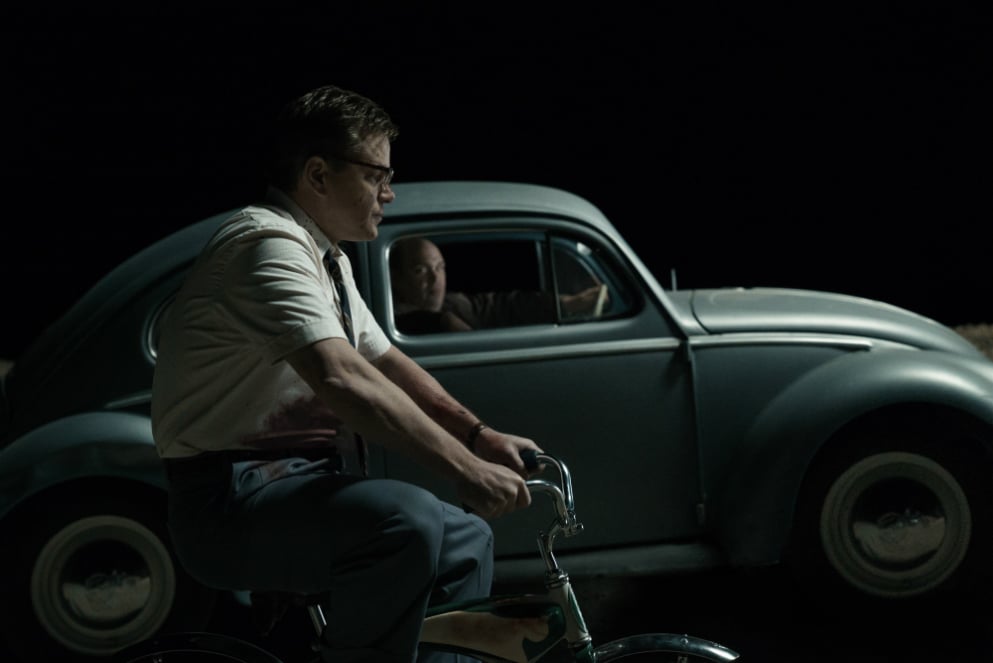 It’s a shame that George Clooney’s Suburbicon is out in the same calendar year as Jordan Peele’s Get Out, as the films don’t quite have the sameness Scope, but while one appears cutting edge and dangerous, the latter feels at a remove.

Here’s the thing about Suburbicon: it’s gorgeous to look at, (cinematography by Robert Elswit is on point), and the score by Alexandre Desplat harkens back to a time of the 1950’s, with Bernard Hermann as an ulterior underpinning but clearly its own sound. The costumes, set, everything feels real, (the point is obviously falsity, but wait for it). But Suburbicon feels like an extended metaphor and not quite a cinematic film. In fact, the metaphor works best about an hour into the film, in which the scare factor is unclear. There’s an element of uncertainty.

But suddenly, there’s a full-on riot going on outside, and Oscar Isaac arrives as an Insurance Claims Adjuster (and why not?!) and the film goes from uncertain to over the top on the strength of the fear starting to “enter the home”. The performance by Matt Damon as patriarch Gardner Lodge is fine, Julianne Moore does as well as she can with three different roles (?) but the real star of the film is Noah Jupe as young Nicky (though Glenn Flescher is a welcome baddie, perhaps riffing on The Yellow King and Remus). The impetus for the film, clearly, is Mrs. Mayers (Karimah Westbrook), who’s obviously not welcome in the town of Suburbicon (yes the town is called Suburbicon). But even though the interaction is clear from scene one (after a “city on the grow” false film), her interaction with a mailman played by Steve Monroe tells the story.

Working from a script from Joel & Ethan Coen, Clooney and Grant Heslov, the film smashes subtlety in favour of overtness.  What is more covert is who is being indicted as a resident of Suburbicon nowadays.