Suck It Up Review 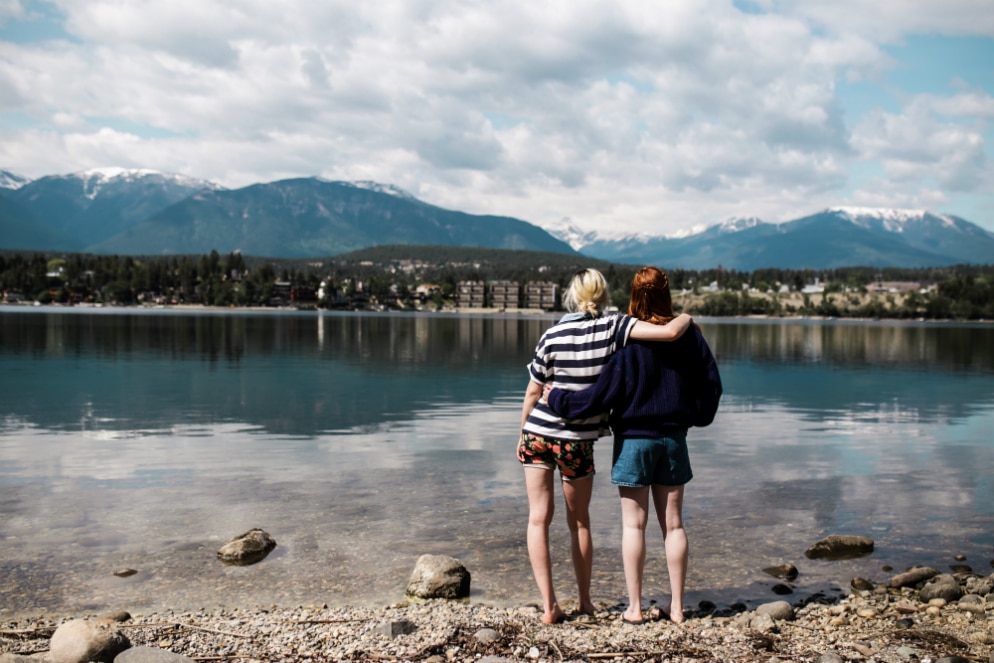 There were a great number of Canadian features in competition at this past year’s Slamdance Festival, (three out of eleven!) but Jordan Canning’s Suck It Up, which screened Out of Competition, may have been the most accomplished.

Don’t get me wrong, I love a good competition film, but the Julia Hoff-penned Suck It Up really is just a fun excuse to take a debauched road trip with Erin Carter’s repressed Faye, and Grace Glowicki’s unhinged Ronnie. It is a shame that Glowicki had to tone down her natural charm for Cardinals because in two films this year, this one and Chandler Levack’s We Forgot to Break Up, she gets to exhibit a style befitting of IDGAF, which seems to be a good fit for the accomplished actress. Carter is very different here than in, say, Murdoch Mysteries, but still gets some mileage in what one would argue is the less meaty role. The two characters were both affected by the death of the unseen Garrett, brother to one, lover to another, and go on a sort of spiritual bonding experience through British Columbia to confront the spectre of death, and of their decaying friendship. Along for the ride is Dan Beirne as the asthmatic and diabetic Granville, and between this film and Great Great Great and a number of tv appearances, hats off to you, Dan.

It’s just like…there’s no real “bigness” to Suck It Up. Some reviewers plainly stated “seen it all before”, and the film probably isn’t going to stand out among wider releases. Sure, there is more to it than the surface details (I’ve rarely seen a character so mentioned and never seen on screen), but the major thread running through the film is that the transformative power of female friendship isn’t about big moments, but small ones. Give this film a chance instead of rushing to the multiplex and I guarantee that you won’t be sorry. Just suck it up.