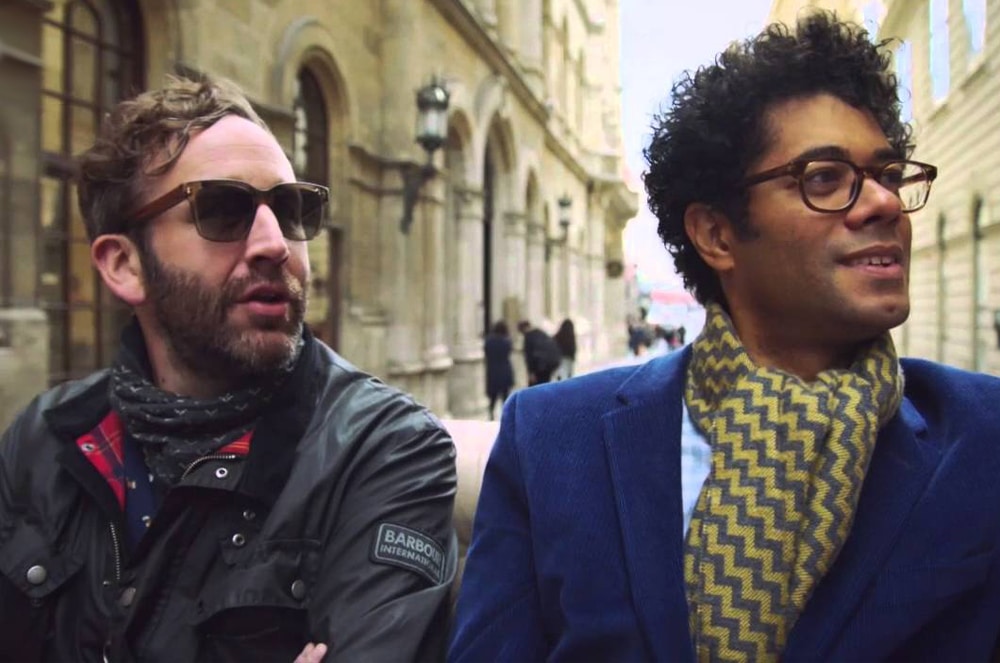 The Sundance Now streaming service has finally come to Canada! The launch event took place last night at the AGO, and the features of the channel were provided with a night of Sundance-inspired hot dogs and cozy socks (perfect for staying in and streaming all night).

The highlight of the event, and really the main reason why people should consider signing up for the service, is that it’s dedicated to bringing a freshly curated and well-selected series of programs and films to the comfort of your living room. There is also a theme at play that suggests that connoisseurs and a discerning audience will get the most out of signing up for the streaming service.

Curator George Schmalz was on hand to tout the offers both available now and coming soon. One of these programs that should have little trouble straddling the line between highbrow and accessible is Richard Ayoade’s British show Travel Man. The excerpt that was shown to the VIP crowd was from an episode in which Ayoade voyages to Vienna with his IT Crowd co-star Chris O’Dowd and they somehow end up in the Freud Museum. When in Rome, or in this case, when in Vienna. The show looks like how one would assume: Ayoade, with head tilted, riffing on discoveries with O’Dowd. The clip received a huge reaction from the crowd at the exclusive event and should be a favourite amongst subscribers. Other clips shown are from The Bureau, a French show with Matthieu Kassovitz (perhaps best known from Amélie), in a fun-looking offering from Canal+. In the snippet we saw, there is an amusing scene in which Kassovitz assigns a colleague to chat up a group of men at a bar. Let’s just say we were left aching for more.

Some other gems on offer are festival films such as Gaza Surf Club, original series Take 5: A More Perfect Patriot, which looks really interesting (and also edited by Canadian James Darling). Its first season is streaming now and season two is coming soon. Furthermore, the service features guest curators, such as Bruce McDonald, (whose curated collection will be launching soon), and in the past, curators included Jill Soloway, Danny Glover and Susan Sarandon.