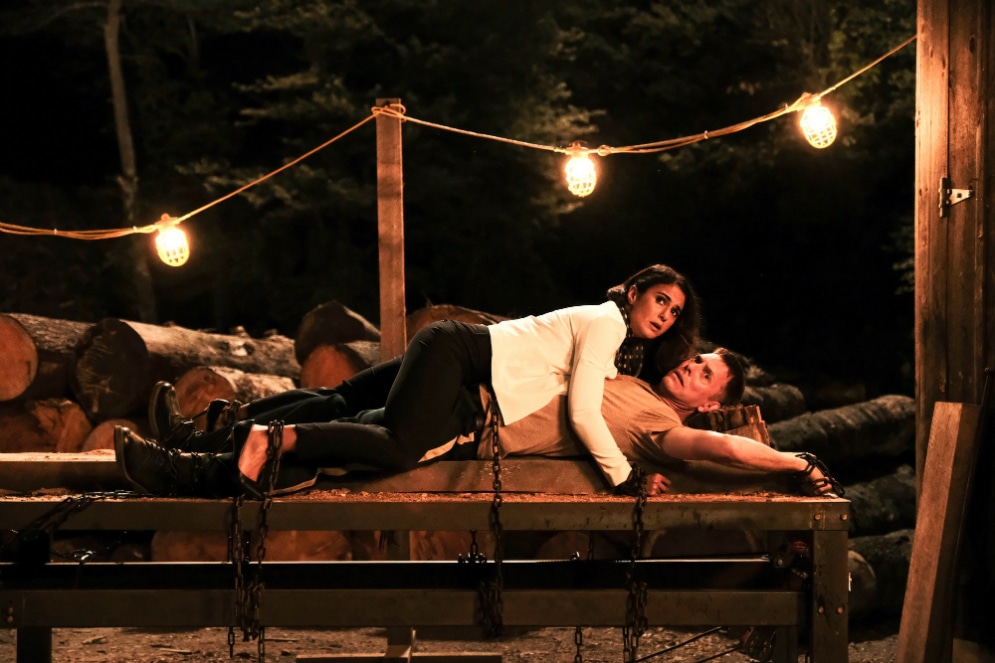 Super Troopers 2 is scheduled to be released on April 20th, and so the joke is that it comes out on 4/20. So basically it’s an invitation to see the film high, and based on its humour I wish that I had. It’s not so much that the film is unfunny, or that it’s too long, or unfocused, but it just sort of sits there. It’s not like I’m incapable of laughing at the Broken Lizard troupe, as I actually thought that Beerfest was a pretty funny film. It’s just that too many non-Lizards in Super Troopers 2 deserved far better.

For starters, Will Sasso and Tyler Labine are actually pretty decent Mounties, with varying degrees of French Canadian accents (Sasso in particular is quite effective), but they’re saddled with a third who isn’t even Canadian (Hayes McArthur), so the joke loses its meaning. Also, Emmanuelle Chriqui was a nice choice as a Canadian (as she hails from Richmond Hill), but as Genevieve Aubois, she can’t pull off the French Canadian accent and perhaps fares worse than in the Entourage movie. Paul Walter Hauser is a pleasant surprise as Lonnie Lalouch, essentially the French Canadian Farva, but he’s not in it enough. As well, Rob Lowe is a disappointment as Guy Le Franc, as a Canadian actor would have been funny, but for Lowe it’s not a high. He attempts to channel Justin Trudeau and strangely sounded and sort of looked like Allan Hawco (which isn’t a bad thing).

Damon Wayans Jr. and Stifler (and yes, that is what they call him, so I’ll go with it here) are mildly amusing as a pair of cops, Brian Cox is mostly wasted (and a Hannibal joke may or may not have been intentional), and Lynda Carter doesn’t have much to do, and Marisa Coughlan has even less to do.

I usually appreciate Jay Chandrasekhar as an actor and some of his TV direction, but Thorny gets basically one joke and it’s lazily sexist (and Flova Scotia was funny the first time, less the fifth). The rest of the Lizards, other than the obnoxious Farva (Kevin Heffernan) are sort of there, and although there are few good chuckles, these troopers are far from super.