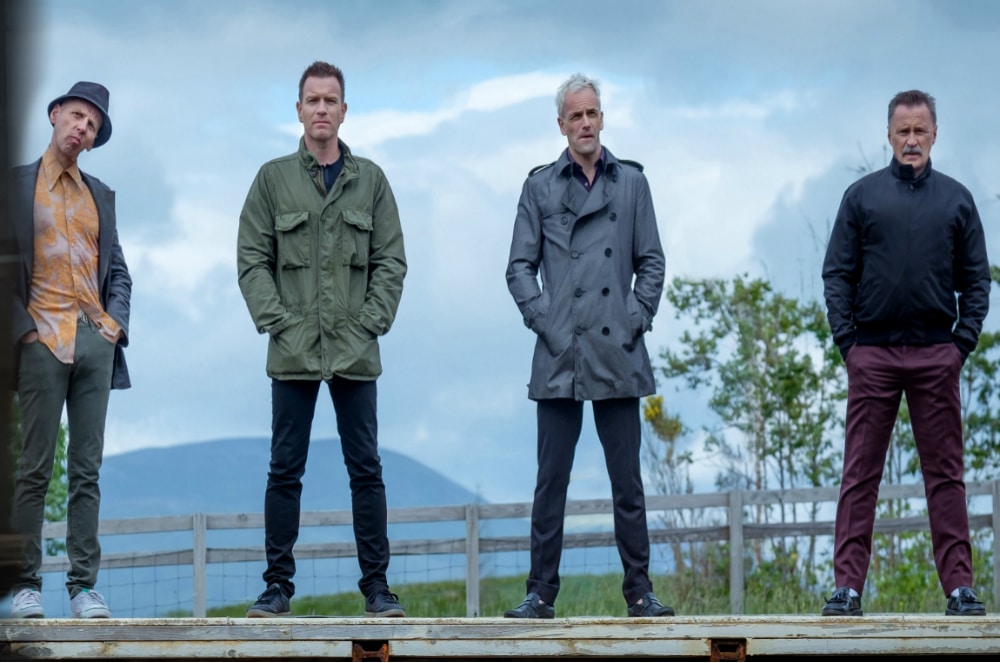 It’s been twenty years and the junkies of the original film (all but poor Spud and dearly departed Tommy) have replaced the highs of heroin with quick hits of blackmail, breaking and entering, and pick-pocketing. Since Renton (Ewan McGregor) ran off with the drug deal money all those years ago, he’s been lying low in Amsterdam, trading in drugs for cardio, and his best mates for a failed marriage. When his mother’s death brings him back to Edinburgh, it’s not long before he’s in contact with the still vengeful Sick Boy (Jonny Lee Miller), suicidal Spud (Ewen Bremner), and newly escaped from jail Begbie (Robert Carlyle).

With a knowing understanding of their audience, returning director Danny Boyle (who hasn’t injected this much energy into a film since Slumdog Millionaire) and screenwriter John Hodge give loving fan service by slowly sprinkling in visual and musical nods to the original film, all the while providing a fresh take on the aging characters. The filthy toilets, running into a halted car and then stopping to smile with glee, dancing with sheer abandon, the ‘Choose Life’ ironic speech, even old flame Kelly Macdonald – all make brief appearances. By the time the opening familiar strains of Iggy Pop’s Lust For Life played, the audience I saw the film with was fully hooting and clapping along. Choose T2 Trainspotting for a hell of a good time. 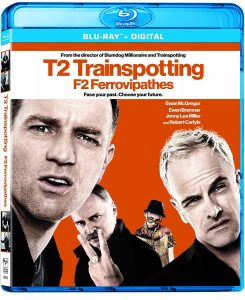 Though at first glance there doesn’t appear to be too much bonus material on the home entertainment disc, each feature is fascinating and insightful. From the engrossing feature commentary track by director Danny Boyle and writer John Hodge (which is definitely worth a listen) to the intimate discussion with the core cast and Boyle (albeit minus Ewen Bremner, though his contribution to both Trainspotting films is discussed at length by the men), each feature is well worth a watch.