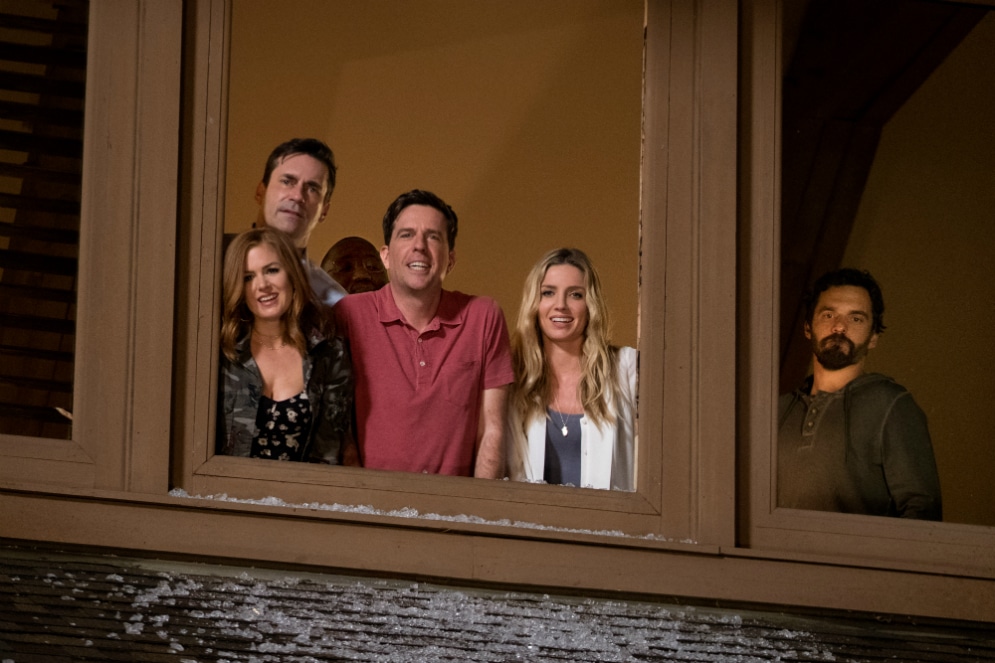 The story of a group of friends, “inspired” by a true story, is a passable film about growing old (essentially) but the trouble with Tag is that at very few points did we ever want to hang out with this group of friends: nerd Hogan “Hoagie” Malloy, (Ed Helms), jock Jerry Pierce (Jeremy Renner, who sleepwalks through the film), stoner Randy “Chilli” Cilliano  (Jake Johnson, who probably gives a commensurate care to his real life persona), businessman Bob Callahan (Jon Hamm, who is at no point evoking Don Draper), and ummm weirdo Kevin Sable (Hannibal Buress, decent).

The film is inspired by a real life Wall Street Journal article, but this still doesn’t remotely explain why Annabelle Wallis, (*checks name*, Rebecca Crosby, unsure if it was ever mentioned in the film), needs to come along for the ride. In fact, the biggest issue with Tag is that the females of the film are given very little to do other than play confused looking reporter (the aforementioned Wallis), wild wife (Isla Fisher, who is getting way too good at this fluff), shrew bridezilla (Leslie Bibb), and ummm, cheating ex-girlfriend (Rashida Jones, who deserves much better). I can’t even recall if any of them are given names in the film, as screenwriters Rob McKittrick and Mark Steilen clearly have nothing but disdain for women (no spoilers, but there’s one plot point in the film that’s perhaps the most disgustingly misogynistic part of a movie this year).

Tag goes on for too long (ninety minutes or so would have been ideal), and has a few cute moments and some decent jokes (and a well-crafted soundtrack, I guess), but first-time director Jeff Tomsic seems more compelled to include “moments” than an overall sense of cohesion. So while Tag is compellingly watchable (the set-ups in particular seem to suggest the hint of something greater), the “you are there” first-person-esque action sequences set to music are a bit of a letdown when the ending reveals what the film has been leading towards. Tag has a Wedding Crashers feel, but is missing Owen Wilson, Vince Vaughn, and perhaps, despite much discussion about it, a true sense of “fun”.