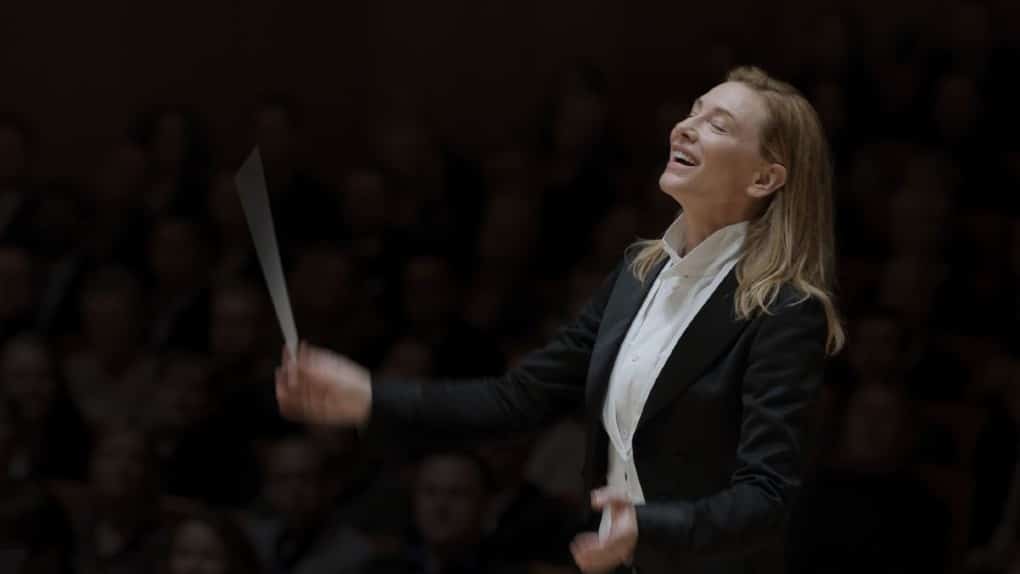 TÁR, the new film from writer-director Todd Field (his first since 2006) begins in an unusual way: with a long run of technical credits. For an ostentatious film about a supposed genius, it almost feels like Field is trying to subvert any accusation that he considers himself one too, working instead to dispel the notion that he alone could have conjured such a monumental work. This is not the film’s only misdirection, intended or otherwise.

TÁR is indeed something to behold. Its sense of style, star power, and allusion to elite spaces of all kinds (business, art, culture) is enticing. At its centre is Lydia Tár (Cate Blanchett), a renowned orchestra conductor, who we study as she labours in her chosen field—and inadvertently unravels her life in the process. While the film’s scope appears large, it comes together as a rather intense and airtight character piece, one in which all threads tie back to Lydia (by both the film’s design and the character’s conception of herself). As expected, Blanchett dominates with a well-crafted performance as the film’s other elements both real (a somewhat hoary #MeToo scandal) and imagined (decidedly hoary wolves at the door) pursue Lydia toward her demise. Along the way, the rest of the cast acts in pithy counterpoint to Blanchett, which can be fun. But Field’s story, its commentary on genius and talent, the rarefied circles that supposedly contain it, and what it’s able to get away with, is flattened by his directorial choices that often land on the wrong beat. Is he actually smart about how to visualize this material, or just making it so as to fake it?

Setting intent aside, what we’re left with is what’s on screen. And with TÁR, what’s there marks the film as Accomplished; it achieves an aim—if not all of them—particularly in its final scene, which works as a great punchline to the entire endeavour. Still, to paraphrase a simple character from Amadeus, another film about artistic genius: there are just too many notes.