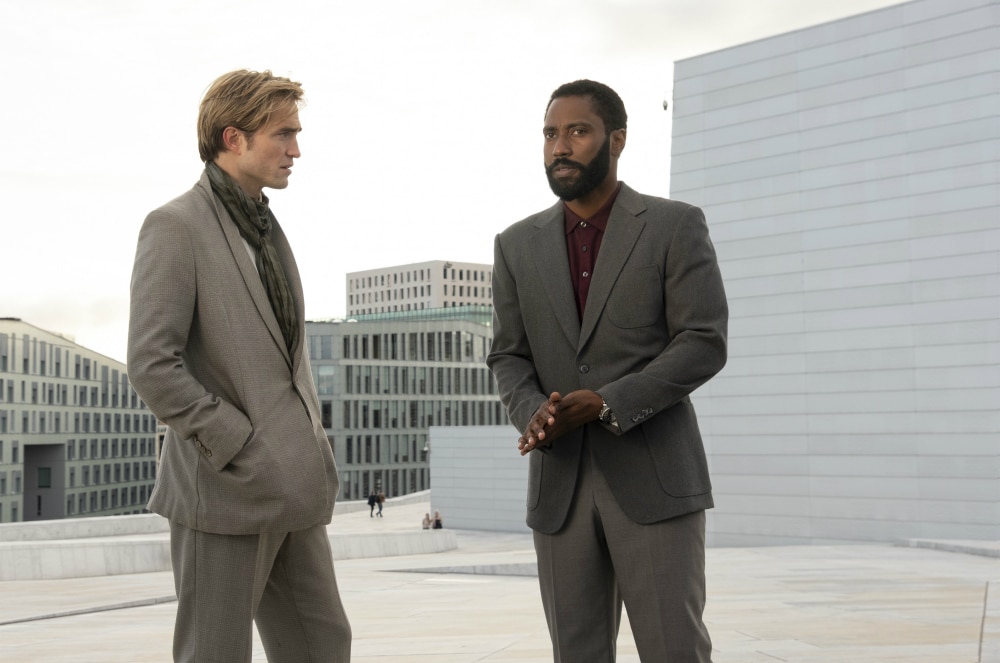 There’s a sense in Tenet, the new film from writer-director-cinema purist Christopher Nolan, that everyone knows what’s going to happen before it does. That feeling pervades over two-and-a-half hours, even as the film’s setpieces grow larger and its characters collide with one another in not unsurprising ways. It also creates the sensation of being led somewhere we’ve already been, despite the film’s deeply convoluted narrative. And it’s enough to have us asking: where is this all going?

There’s no other way to say this: Tenet is difficult to follow. Nolan’s films have often embraced some sort of temporal aspect (even the straight-ahead Dunkirk requires attention in this regard), but the narrative here is decidedly more intricate. Add this to the fact that, well, Nolan doesn’t make it particularly easy to understand what’s going on from scene to scene, once again stranding his actors (including an engaging John David Washington and Robert Pattinson) in gas masks and loud environments for long stretches. And then there are the film’s opaque motivations, most notably those of its villain Sator (a one-note Kenneth Branagh). In true showman fashion, Nolan puts together sequences so large and exciting it’s hard not to be swept up by the push and pull of their action. But always rattling in the background, there’s a question—not just the aforementioned where (or a befuddled “what?”), something more damning: why? As a puzzle-box filmmaker, Nolan does eventually provide something of an answer, yet it doesn’t quite satisfy in the way of his previous films. Somehow we’re left expecting more.

There is, of course, another wrinkle to consider here. With a global pandemic still very much ongoing, the question of seeing Tenet in a theatre remains an uncomfortable (and unsafe!) proposition. Nolan is right to insist on his work being seen on a massive screen. However, having now sat through it in that environment, I’m not entirely sold. Better to follow the protagonist’s lead here and wait for the film to come back around in time.