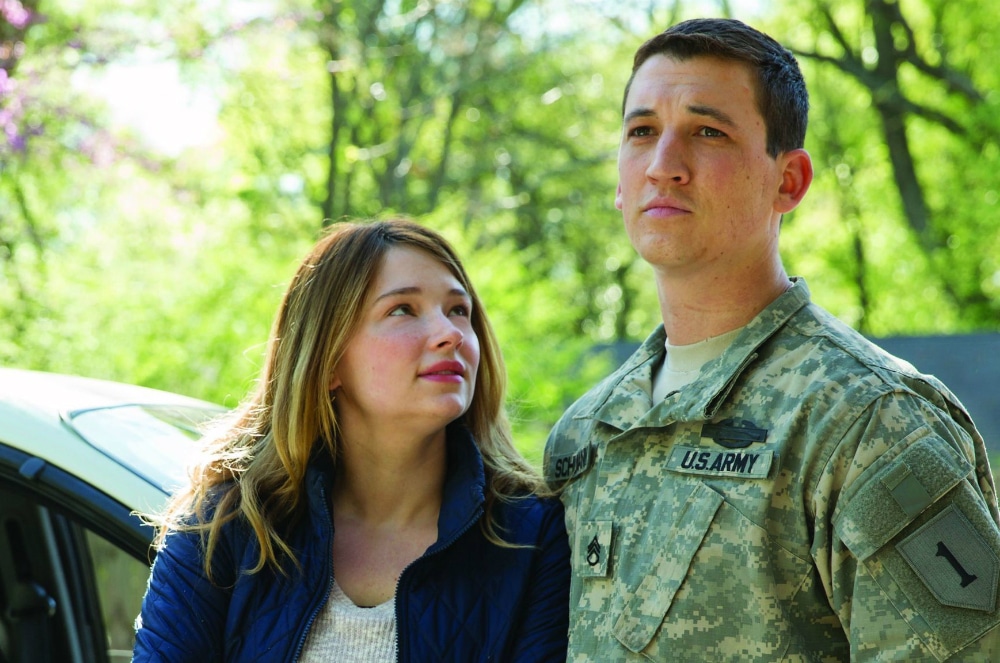 Based on David Finkel’s 2013 non-fiction book of the same name, Thank You For Your Service follows its orders with earnest intentions. As written and directed by Jason Hall, this is an Iraq War movie shot largely without the war. Instead, it regards a squad of soldiers and their families as they adjust to civilian life in Topeka, Kansas. Surprise: it’s not an easy transition.

Taking the lead is Sgt. Adam Schumann (Miles Teller, in his acting sweet spot), the squad leader still searching for ways to help his brothers-in-arms. For Solo (Beulah Koale), this means coaching him through the Veteran Affairs office. For Waller (Joe Cole), it’s offering a place to sleep in time of need. And for Emory (Scott Haze), whose injury has Schumann racked with guilt, it’s merely about reaching out. There are other wrinkles too, provided by Schumann’s wife Saskia (Haley Bennett), a war widow named Amanda (a surprisingly well-cast Amy Schumer), and more. In fact, there’s so much going on in the film’s condensed timeline that its conflicts and emotions often bang together quite abruptly. To the film’s credit, the narrative does not offer any easy solutions to its complex issues. With minimal flourish, we learn how hard it is for these men to find help, and how an overworked bureaucracy along with the standard macho code of silence can push them towards inner, and often violent, confusion. The resultant anguish on display feels real enough.

The problem I have with all of this isn’t that it’s wrong — the VA office is in fact in turmoil, PTSD in soldiers is an all-too-common and brutal affliction, toxic masculinity does indeed suck. And it’s not even the on-the-nose metaphors or overstuffed plot. (Though the wounded dog in the third act was a bit much.) No, the problem I can’t shake with Thank You For Your Service is one of license. Of course we want these men to heal, but the film, in all its earnestness, never asks if their pain and sacrifice are actually worth it. Its familiar conclusion ultimately feels like an endless rah-rah tour of duty. And as one soldier says of his latest deployment early on: “This one felt longer than the last, and it got bad near the end. Real bad.” Well, copy that, sir.