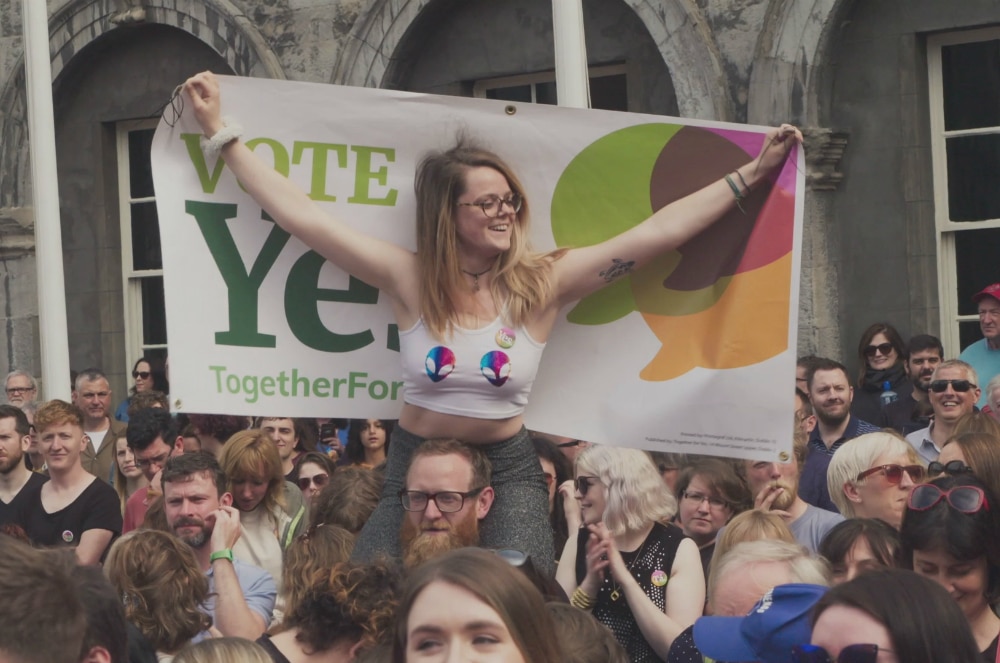 The 8th, co-directed by Aideen Kane, Maeve O’Boyle, Lucy Kennedy, condenses decades of political history to explain Ireland’s 1983 anti-abortion amendment and the movement to repeal it. This, in and of itself, is remarkable, outlining as it does the patriarchal forces working to restrict a woman’s right to choose—and, more broadly, to restrict women—as well as the people pushing back. To its benefit, what the film manages to do by animating that history goes even one step further.

That’s what’s most satisfying about The 8th: its dual-action ability to educate and debate. While recounting Ireland’s past, we’re introduced to prominent pro-choice advocates—including charming septuagenarian Ailbhe Smyth—during the lead-up to the country’s 2018 referendum on abortion law. The filmmakers do not, however, shy away from giving voice to the pro-life side as well. As a result, instead of an outright polemic, we’re offered a series of rebuttals, persuasive takedowns for each anti-abortion argument. This starts with tackling the legal framework, then prying apart the various economic and public health counterpoints, and finally confronting the larger structuring force of the Catholic Church in Ireland over the years. As one would expect, what’s seen on screen is not easy work, making it all the more refreshing to see the film’s generally positive spin. The people speaking here are mostly women and they’re clearly impassioned to organize, canvas, campaign, and work together. It’s hard to remain unswayed by that.

In fact, as momentum builds in The 8th, the content of the film almost overwhelms its own making. By the final third, as Kane, O’Boyle, and Kennedy track down more arguments to crush before voting day, we’re eager just to get on with it; the case had been made and we sense (or already know) the result of all this consensus building. The conclusion here is still an emotional one, providing a stirring image of lasting victory—and cause for hope in the next revolution.