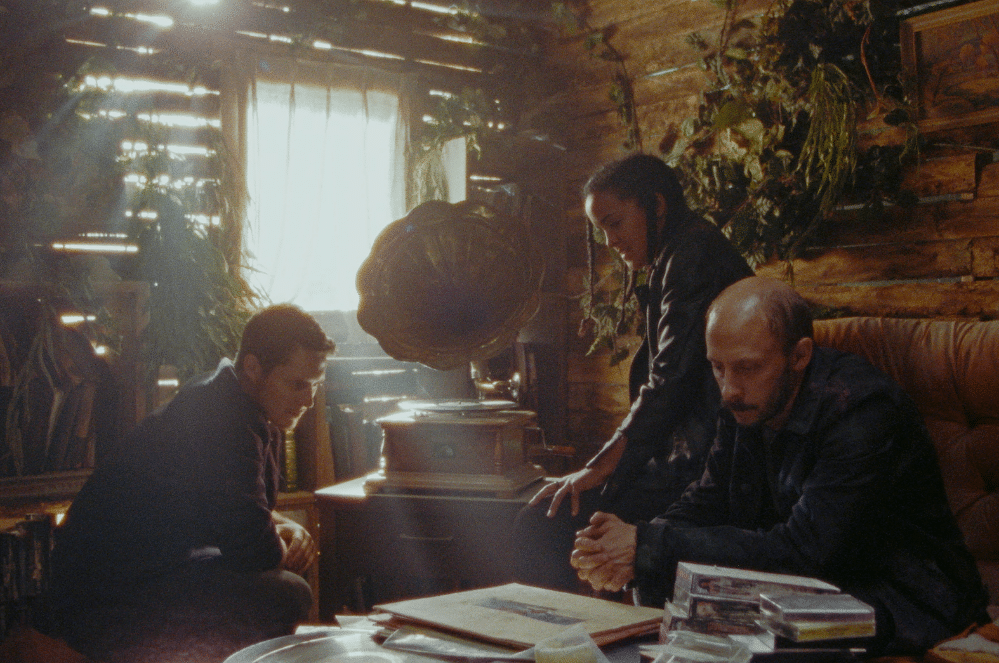 A song like “Smalltown Boy” by Bronski Beat, its lyrics about a lonely boy searching for more in the wider world, takes on an even darker cast in Igor Drljaca’s short film The Archivists. After a brief diegetic keyboard intro matched with the film’s grainy texture, it’s also the song that gets pride of place. This is some point in the future—after 2033 at least—when it’s possible to discover a song from the 1980s and define it as classical.

Built around a travelling band played by Noah Reid, Bahia Watson, and Maxwell McCabe-Lokos, The Archivists carefully establishes this time and place. In just 14 minutes, we see a horse-drawn cart, the ruins of a country house, and journal entries implying what many consider our inescapable future. Some opening text establishes something else: this is a world where art has been outlawed as decadent. There’s a wry irony here, drowning as we are in a culture that labours to distract from our planet’s actual plunge. As such, Drljaca’s film puts us in the middle, at a crossroads where we should cherish the art we have, just not at the expense of everything else.

At least that was my reading of The Archivists. Its soulful approach finds a glimmer of humanity in what is a world at the end of its tether. You too will be struck by just how good a song “Smalltown Boy” actually is, especially when it may be the only one you can hear. Anyway, that’s it. Then it’s over.