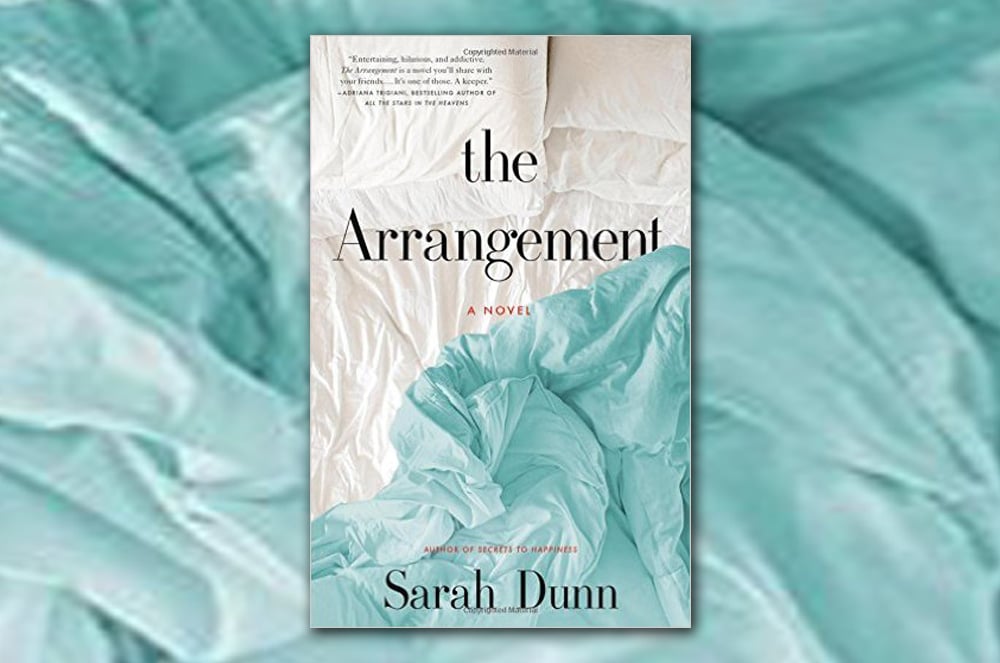 The Arrangement by Sarah Dunn is a very funny book and compulsively readable as I was hooked from beginning until end. The characters were interesting; especially the husband, Owen, as Dunn can clearly write men and get into the headspace of one. Perhaps her writing of Owen was even more interesting than that of Lucy, his wife, which was very surprising. The book is breezy and interesting and presents a modern take on an age-old dilemma, how to stay happy and interested in a marriage.

If the book stayed on course in this regard, everything would have been fine and the experience would have left a good impression. But Dunn does the thing that writers don’t need to do: makes it seem cartoonish. I know that her background as a comedy writer for shows such as Spin City should make for a more leveled expectation, but I feel like I never truly believed the characters to come to life and actually exist outside of the page, despite Dunn clearly basing some of the experience on her own (the raising of chickens, for example).

The idea of how to put a spark into a marriage, of whether an “arrangement” can actually work is a good one, (as the characters put it a “rumspringa”  when the Amish see if they can experience life outside of Pennsylvania Dutch country and often come running back). Owen and Sarah are inspired by a dinner party scene early on that sets the stage for things to come. Naturally, Owen is motivated more by desire, hooking up with Izzy, a store owner who seems to be of the Barney Stinson “Hot-crazy” line. Lucy is set up by friend Sunny Bang (yup), and meets Ben, who’s not quite handsome but has something going on about him and of course, issues of attraction complicate things. Then there is their son Wyatt, who has autism but isn’t really pleasant to read about (there, I said it). I was frequently riveted by The Arrangement couplings, but too often felt jolted by another cartoonish moment or character that felt not quite fully-fleshed out.

I think that a good arrangement would be to read the book and see if there were parts that didn’t feel “real” and I think that the resolution wasn’t quite resolute. Otherwise, this is a fun, insightful read.

The Arrangement was provided by Hachette in exchange for an honest review. It may be purchased from your friendly independent bookseller or other fine bookstores.