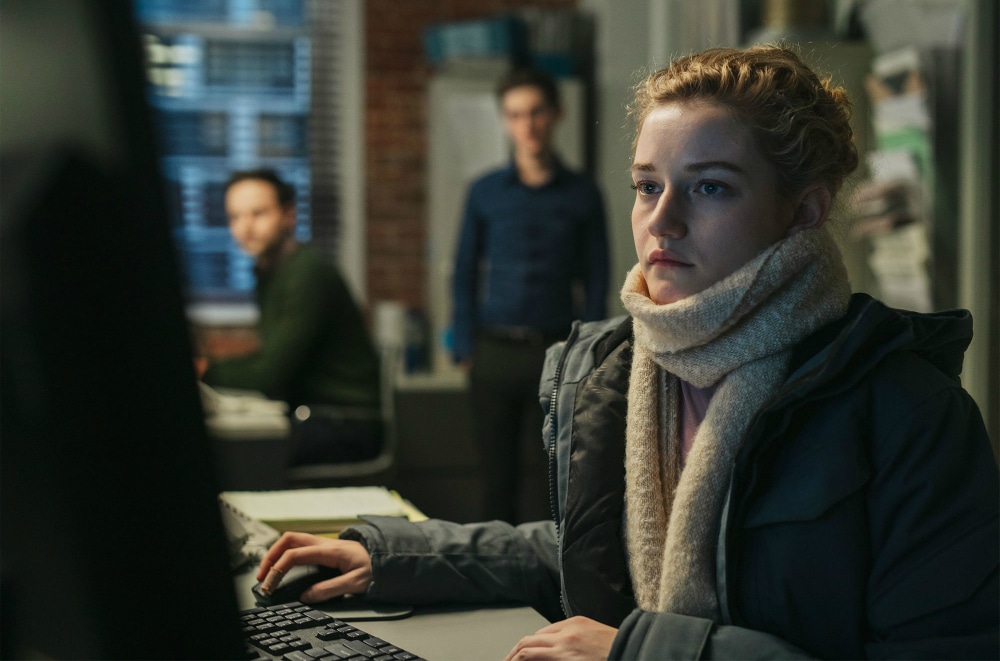 He is only ever referred to as He, capital letter implied, as if describing God. For the characters in writer-director Kitty Green’s debut feature film, The Assistant, He may as well be one. In the film production offices over which He lords, we hear snippets of His conversations, muffled through doors and phones, but never take in His full measure. We don’t need to; we see how His employees react instead. And we conjure up names—Harvey Weinstein, for one—to complete the picture in our heads.

Structured around a single long workday, The Assistant tracks Jane (Julia Garner) as she performs her eponymous duties. These include the typical—making copies and coffee, fielding calls, scheduling meetings—and some less so: tidying up stray earrings and stains, receiving angry calls, composing apology emails. Green cleverly shapes her film around the chronological accumulation of these moments, the various actions Jane must carry out (or endure) to survive. In this, the film’s villain works as a structuring absence, everything organized in and around His shadow. This approach makes the film unique. Green doesn’t define the dimensions of the terrible man in power and avoids explicitness in what he’s able to get away with. Instead, she insinuates—implicating Jane, the entire cast, and the audience. A mid-film trip to HR, which grants Garner a sustained scene to flex her acting muscles across from actor Matthew Macfadyen, does little to help the situation. It serves only to clarify Jane’s standing in the office hierarchy—as if there was any doubt.

Despite its lack of direct action, The Assistant is still a bracing film. We come to understand the bind Jane is in, even as Green declines to visualize its worst elements. In choosing to make her film as she has, we see exactly how these patriarchal (and class) systems are upheld and allowed to perpetuate, along with the effect they have on the powerless. At the literal and figurative end of the day, we’re told that’s just how the world works. We can fill in the rest.

Sorry We Missed You Review