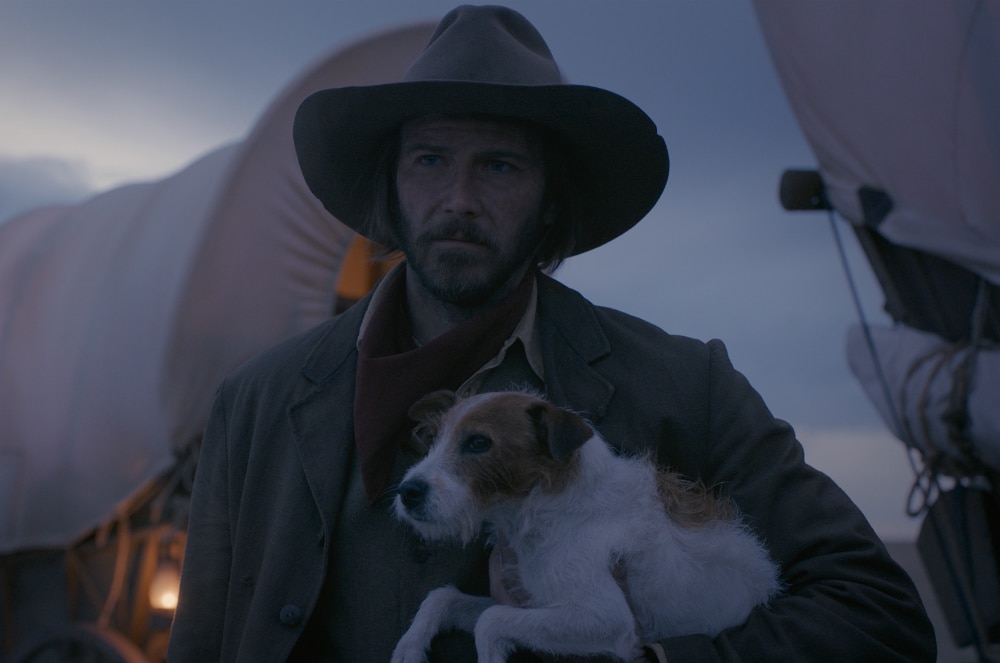 When writer-directors Joel and Ethan Coen set about telling a story, you’re darn-tootin’ they’re going to see it through. It’s why we trust them even as their new film, The Ballad of Buster Scruggs, treks into uncharted territory. Working for the first time in an episodic structure, the Coens present six narratively—but not metaphysically—unconnected yarns as an altogether cheeky (and literally) bookended bit of business. In overall effect, the Coen brothers don’t quite win the west, but they do have some fun poking holes in our idea of it as a concept.

Set off by a grinning Tim Blake Nelson (having a blast) as the titular character, The Ballad of Buster Scruggs explodes various images of the western film. Save for this constant and willful destruction of the genre’s symbols—the noble bandit, the damsel in distress, the oddball prospector, and more—the film is content in its randomness. None escape the gleeful reconfiguring of what it means to be alive in a time when violence or fate (which usually amount to the same thing) can come at any time. And, with singing involved throughout, it was apparently a time set always to music. To support the Coens’ vision, the film is stocked with star actors (Liam Neeson, Zoe Kazan, James Franco, Tom Waits) and a delightful rogues gallery of supporting parts, all of whom look like they’ve been sucking on a lemon. The mix of sweet and sour here does indeed make for a meal—if nothing else.

Compared to the Coens’ more traditional fare though, The Ballad of Buster Scruggs is not quite as satisfying. Despite the title, there’s no central character here, no longer arc to follow. The film’s episodic nature puts a few yards of distance between us and the material, even as it becomes clear what the Coens are shooting for by the end. The structure then becomes as all-consuming as it is sometimes tedious. And while the Coens turn this into a feature of the film, neatly dovetailing it with grander ruminations on life and death, it’s somehow a lot and not enough.