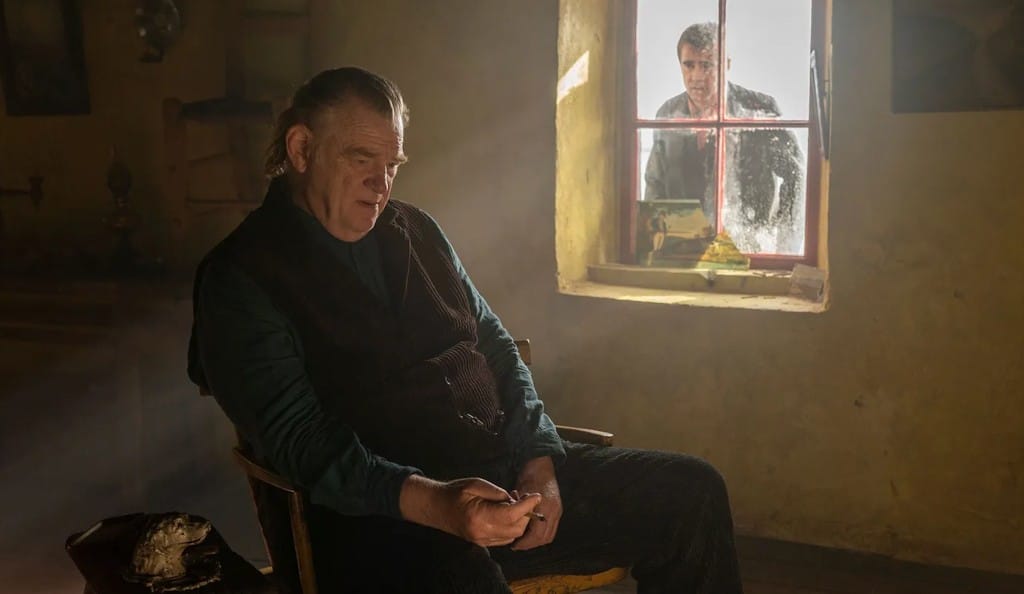 Colin Farrell cuts such a sympathetic figure in The Banshees of Inisherin, it’s easy to pull for him to resolve its central tension. The film also acts as something of a reunion for Farrell, reconnecting him with writer-director Martin McDonagh (after ten years) while putting him back in his native Ireland, which is surely something of a special treat too. It’s just a shame about the rest of the film.

In The Banshees of Inisherin, the situation is this: Pádraic (Farrell) discovers one day that his best friend, Colm (Brendan Gleeson), no longer wants to speak with him or indeed be his friend anymore. In small (re: small) town Ireland, this comes as a death blow to poor Pádraic, who naturally refuses to let the matter drop, setting out instead to track down what he’s done wrong so he can set it all right. But this isn’t an afterschool special about friendship and McDonagh’s film is not interested in a happy ending. His are more existential concerns—which, funny bits of patter aside, also turn out to be quite overdone and, if I may say: boring. The film’s scenery is beautiful though, and McDonagh does still have a particular ear for his people. Not since In Bruges, though, has he been able to match his writing to a conceit that paid off in a satisfying way. (His brother Michael has been struggling with this for years now too.) Farrell and Gleeson do their best but are unable to rekindle the magic of that film—not even with help from Kerry Condon and the sublime Barry Keoghan. Everyone just glumly marches along here.

There are vague allusions in The Banshees of Inisherin to Ireland’s civil war, one that now seems especially wasteful given the violence visited upon the Emerald Isle by the British. McDonagh seems to be making a connection between these two conflicts, but as Gleeson’s Colm says of the film’s title, worked in as a song, it doesn’t really mean anything. They both just like the way it sounds.