The Body Remembers When the World Broke Open review 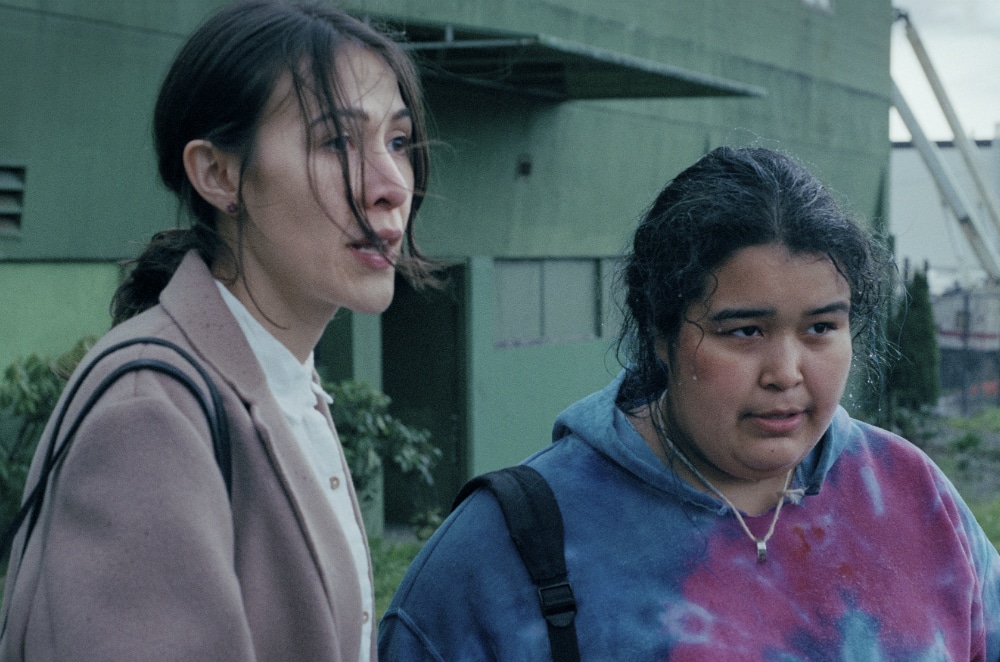 The two women in Kathleen Hepburn and Elle-Máijá Tailfeathers’ film The Body Remembers When the World Broke Open do not start in the same place. That’s part of the film’s point. Once the camera locates them together, however, something interesting happens: we don’t leave one or the other’s side, or cut from the space they occupy together, for the rest of the film. In one sense, it’s a high-wire visual gimmick; in another, we’re forced to share in their emotional tension with the world—and each other.

A chance encounter brings Áila (Tailfeathers) and Rosie (Violet Nelson) into contact. The former has just seen her doctor about an IUD, the latter is pregnant and on the street shoeless being pursued by her abusive boyfriend. Their problems are decidedly not equal, but both are Indigenous women in Canada; they exist along the same unfortunate continuum. Given Áila’s ability to pass as white, her life appears comfortable, and in meeting Rosie, she decides to help—something Rosie both needs and bristles at. The Body Remembers is not about a saviour though, nor is it about easy healing. Throughout the film, as we move with the pair through the streets of Vancouver, we watch the power dynamic shift between the two women. They learn about each other, gain and lose leverage, and struggle towards some kind of conclusion. The performances from Tailfeathers and Nelson convey the fragility of their situation and a shared uneasiness with where it could be heading. Hepburn and Tailfeathers’ resultant filmmaking is rough around the edges and hard to watch at times—but also necessary.

In that, The Body Remembers When the World Broke Open is an impressive achievement. It’s rare for such subject matter to be brought to the screen. Rarer still for it to be produced by women who understand the issues and emotions at work. And considering its distance from mainstream budgets, the film’s sound design and long-take structure hit like a revelation. The world captured here is small yet complex, and true to its title: impossible to forget.