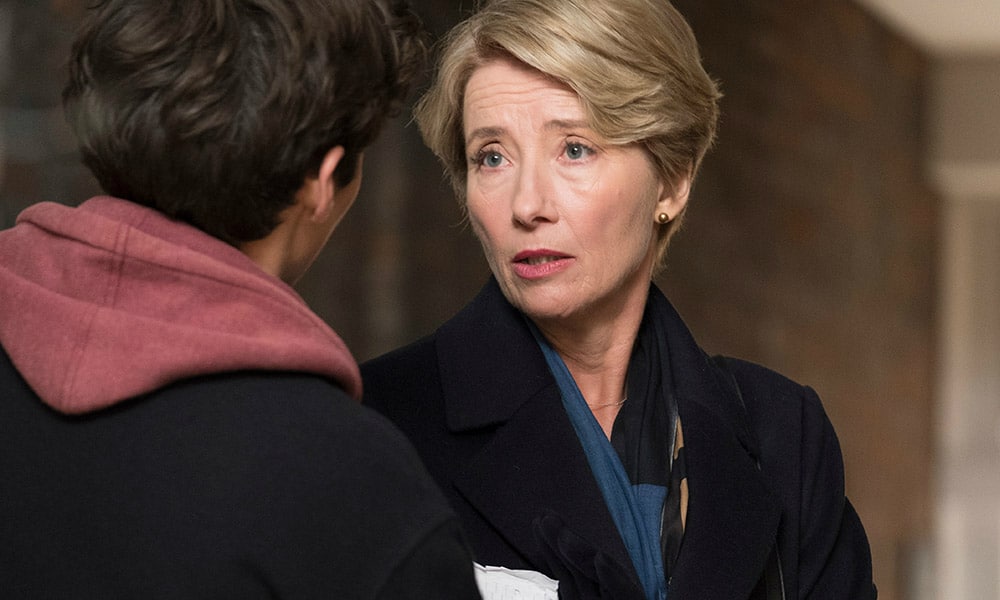 How is it possible for a movie to waste a performance by Emma Thompson and then one by Stanley Tucci on top of it? Well, you’d have to ask the creators of The Children Act, one of them being the screenwriter and author of the novel on which it is based, Ian McEwan. It’s disturbing to think that McEwan, who has written so many great books, including, we are to assume, this one, has a tin ear when it comes to tonality of a film.

Because to be honest, if the film was Stanley Tucci and Emma Thompson sitting around and reading the paper, telling jokes and bon mots to each other, this would have been far preferable to what we receive instead, a lifeless story about a boy who is a Jehovah’s Witness in need of a blood transfusion, but it’s also about two busy people and their failing marriage, and a boy, and his father played by the once boyish Ben Chaplin, and there’s just too much too going on at once.