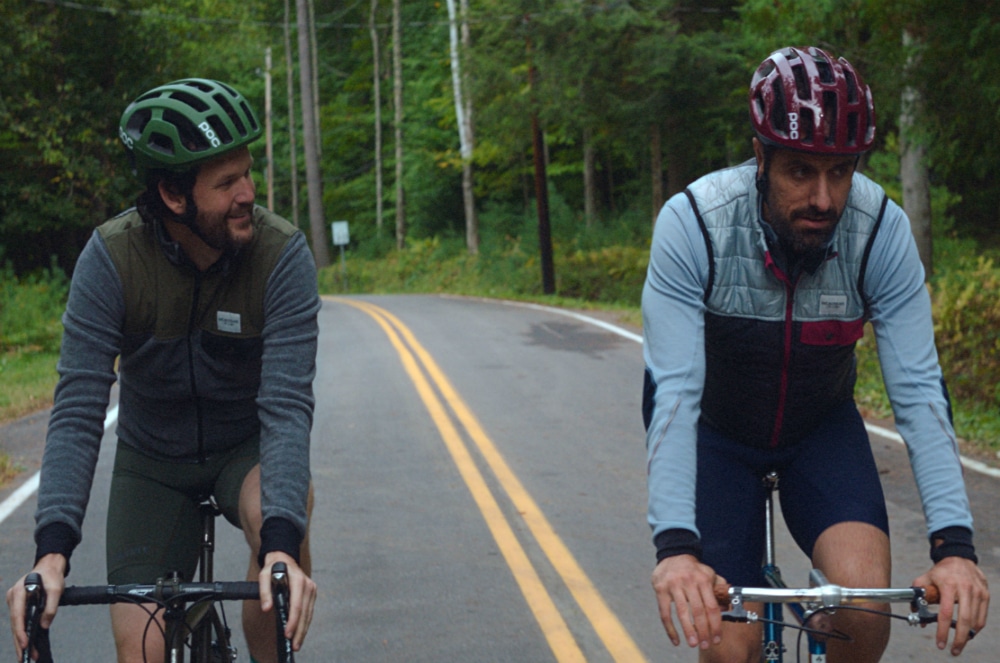 If you’ve been in a long friendship that defies explanation (and you’re a man), it’s hard not to grin, if not outright guffaw, at The Climb. The film follows one such pairing, fellow dummies played by director Michael Angelo Covino and co-writer Kyle Marvin, as they tumble through life together. Their film’s title suggests a progression, and indeed it does escalate, but that’s only half true—which, of course, is part of the joke.

Split into seven chapters, the lives of Mike (Covino) and Kyle (Marvin) take them through adventures in cycling, family functions, a bachelor party, and more. Part of the fun of The Climb is figuring out where the men are at the start of each section, what’s happened to them in the intervening years, and where they could possibly go next. (The answers are often surprising.) Shot in mostly long unbroken takes—sometimes marvelously so—and with musical interludes, the film enjoys a specific tension and release throughout. (The opening chapter, inspired by their short, works as a brilliant proof of concept.) Covino didn’t have to make it this way, but the technical choice makes for something unique. On-screen, he’s solid as the rabble-rouser of the pair, while Marvin, with his dopey John C. Reilly-esque energy, really gets the film rolling.

On the downslope though, The Climb is a tad one-note, going over the same jokes for most of its runtime. While Mike and Kyle are put through a lot, they never quite reach any sort of personal epiphanies. Fortunately, we are not them and can just enjoy the ride for what it is.