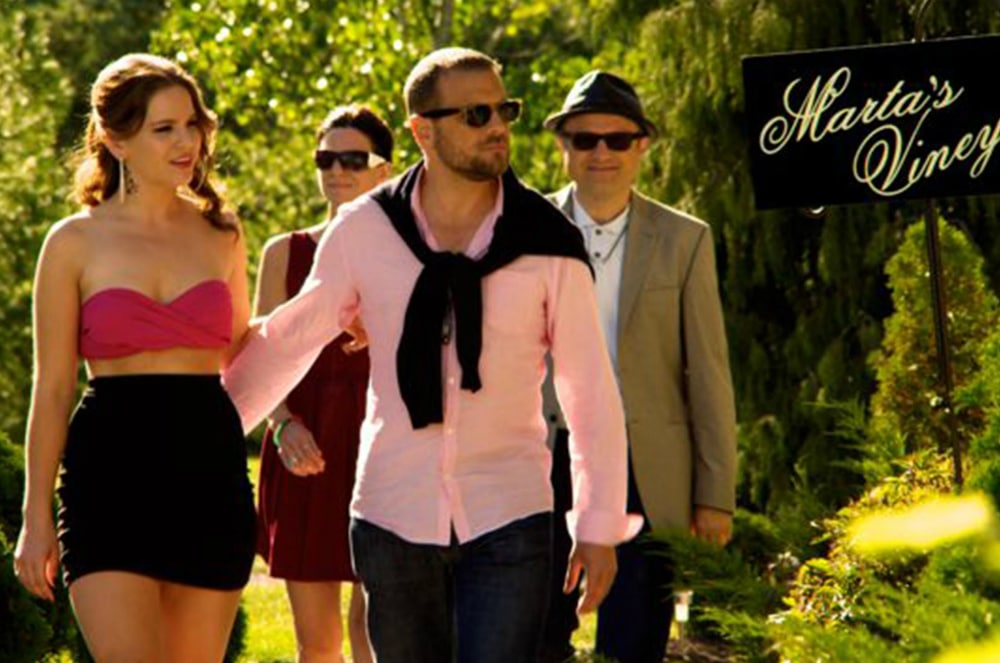 This past Tuesday, we were treated to a special evening with food from Shalit Foods, a musical performance by Dominic Mancuso and a special screening of Sergio Navaretta’s The Colossal Failure of the Modern Relationship at a VIP screening in a secret downtown location.

With little foreknowledge of the film, despite it having played at the Italian Contemporary Film Festival over two years ago, we can honestly say that we quite enjoyed the film. It was a little bit dated, (we learned that it was filmed over three years ago in the Niagara wine country), but its legacy is actually part of the reason that the film itself is so enjoyable. Remember a time when the biggest concern was whether or not an interpersonal relationship is sullied by an affair? Wasn’t it nice when the world’s problems did not outweigh a quibble among lovers? Part of the reason that The Colossal Failure of the Modern Relationship feels so timeless is because it isn’t weighted by modern politics. Flash back to a time in which Freddy (Enrico Colantoni) is in a long-term relationship with Cat (Krista Bridges) and is planning to use a work trip to Niagara (he’s a food and wine critic) as a way to win her back because she wasn’t so into him anymore and because he was always working. Probably not the best idea when she realizes that the man with whom she is having the affair is actually Freddy’s boss, Richard (David Cubitt of Traders). And now they’re all marooned there together in Niagara wine country alongside Richard’s girlfriend Amy (Brooke Palsson). Talk about a colossal failure.

Despite the awkward tension, the film actually comes off as quite sweet. The star is clearly Colantoni, who taps into the nice guy / everyman persona quite well and Tony Nappo threatens to steal the show in his limited time onscreen. Some other reviews have poked fun at the title and suggested that it befits the film, but actually watching and appreciating the difficulties of being in a relationship can make one appreciate a time pre-Trump.