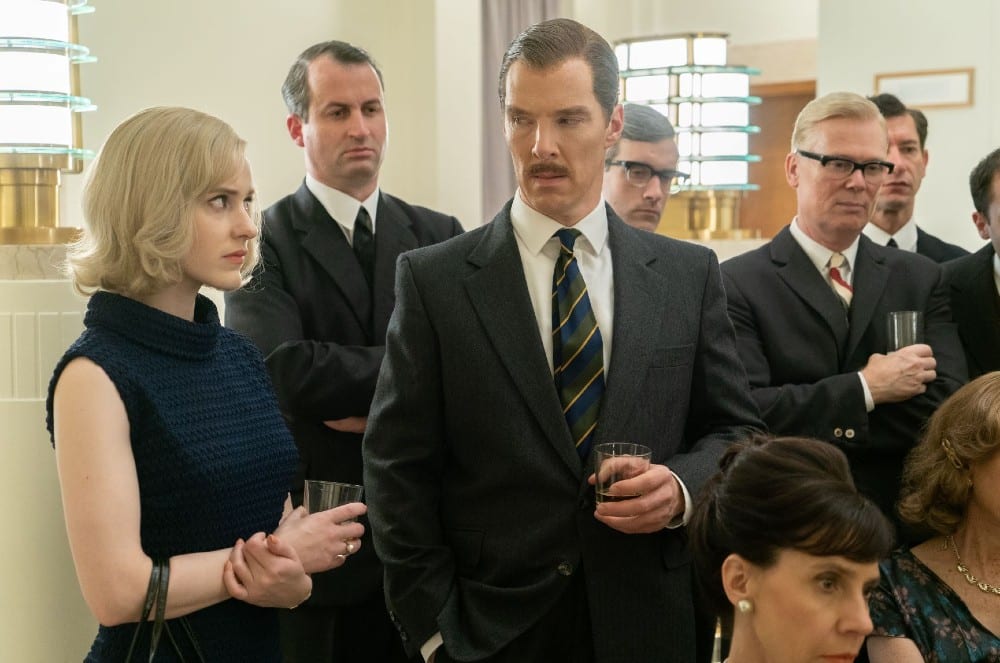 It’s funny to note all the spy movie clichés in The Courier, directed by Dominic Cooke and written by Tom O’Connor. Their film is based on the true story of Greville Wynne, a businessman recruited by British Intelligence in 1960 to deliver top-secret info collected by Oleg Penkovsky, a real spy and person. These two men helped stop the Cuban Missile Crisis at great personal cost and this film captures those elements with not a little suspense. So then: funny?

Yes, if only because The Courier does indeed follow the standard tropes of the spy film with a tad too much commitment. There are secret drawers, messages, and signs—even a clandestine discussion in a parking garage. It’s not that these elements are wrong necessarily, it’s just a bit comical that even in a story this singular, we’re treated to the same cinematic interpretation of espionage life. To its credit though, what works for the film is its actors, including Benedict Cumberbatch (who clearly went all-in on his commitment to the role), the soulful Merab Ninidze as Penkovsky, and Rachel Brosnahan as the film’s lone American. And while Cooke has his hands full with the common tropes of the script, his direction does take the opportunity to capture a few sequences and shots of note. The irony of many Cold War spy films is that there actually isn’t much action, so some visual flair is worth noticing. Whether Cooke is capturing the forlorn look of Cumberbatch through a revolving door, or just a longshot of Russian architecture, his film does attempt to expand its scope where it can.

To be clear, The Courier is not funny and does indeed get quite dark in its third act when the bill for its characters’ heroism comes due. You can Google what happened to Penkovsky, for example; and while Wynne’s story is an inspiration, it has its lingering darkness too. Ultimately, Cooke’s film can’t quite grapple with all of that. It is, after all, just another spy story.