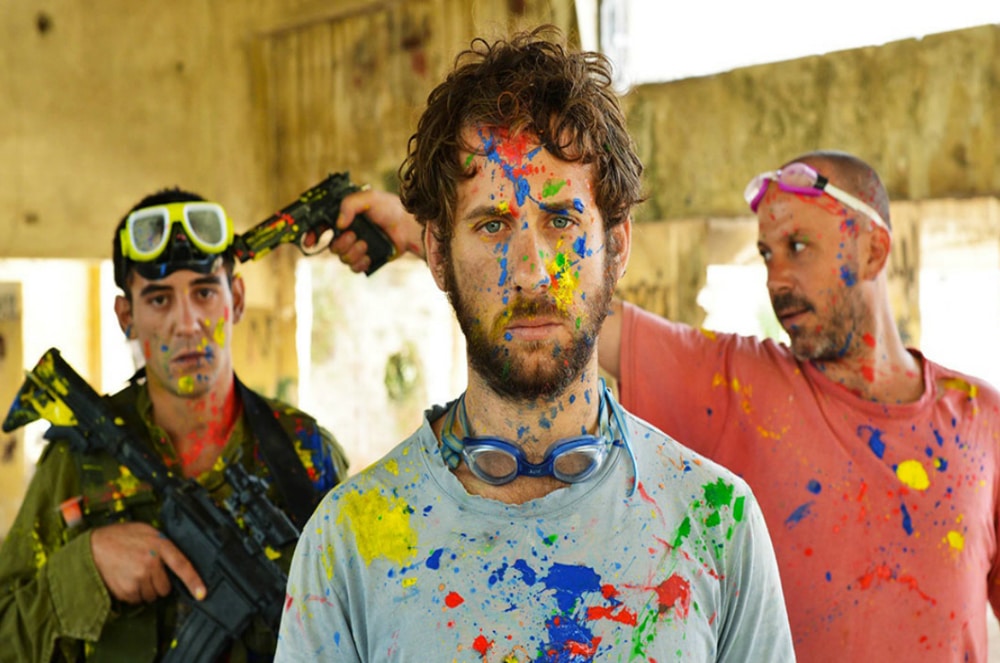 What’s more fitting than a prodigal son tale set in modern day Israel? How about a film grappling with that country’s modern day legacy? In actor-writer-director (phew) Yona Rozenkier’s The Dive, we get both. His film is ostensibly about the death of a family’s patriarch, the return home by one of its three sons, and funeral rites left to be done. In practice, it’s impossible for Rozenkier to elide the broader political picture.

The prodigal son in question, Yoav (a wide-eyed Yoel Rozenkier), is clearly struggling with PTSD in the wake of his military service. Upon his return, he’s confronted by his two brothers: eldest Itai (Yona), who lives by an intense macho code, and Avishai (Micha Rozenkier), who, hesitantly, does not. The film alludes to a growing conflict elsewhere (of course) which will conscript baby brother into that same crushing ordeal, setting the three off in opposition. Itai wants Avishai to man up and survive; Yoav wants to get his gentle brother out entirely. Owing to their real life status as family, the fraternal interplay here feels natural, even as the film moves along a semi-predictable, albeit satisfying, path.

Like last year’s Foxtrot, this is another (better) Israeli film studying the inherent cost of war, even for the winning side. The folks in Rozenkier’s kibbutz setting have missile warning texts in lieu of a siren, it’s baked into the very ground on which they stand. Past its familial story, The Dive is ultimately urging someone, anyone, to take the plunge towards something truly courageous.