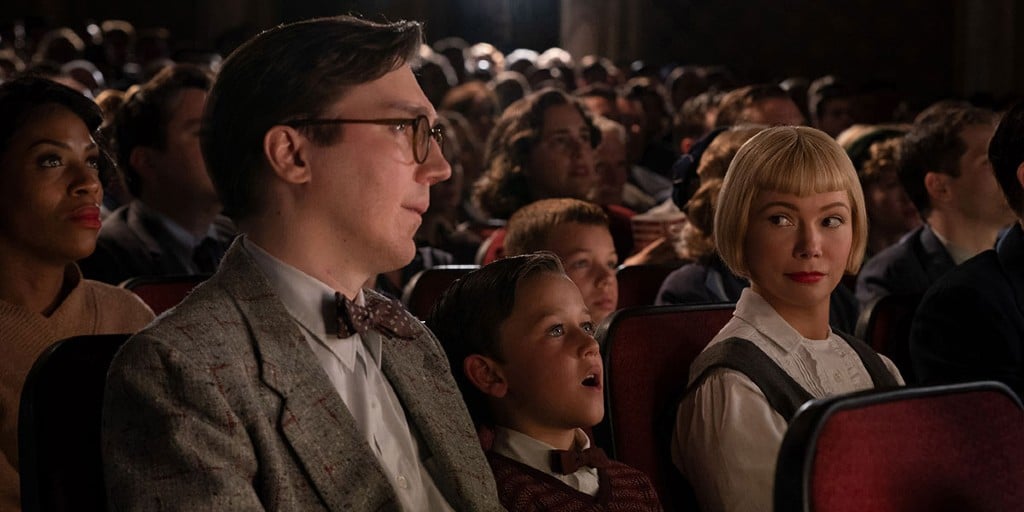 Steven Spielberg didn’t have to make The Fabelmans. After dancing around it for decades, his latest film seeks to dramatize his childhood and parents’ divorce that has come to define so much of his most famous work. This is a big deal then, that he chose to do this now. And on those merits, some leeway can be granted on the overall corniness of the proceedings.

Let me be quick to say that The Fabelmans is very much the work of a master filmmaker. With the help of writer Tony Kushner, Spielberg has crafted a loving tribute to his family and the boy he was, while also, yes, acknowledging the role movies have played in his life. It’s important to note, however, that he isn’t merely writing a “love letter to the movies” as it were; his film is an exploration of the deeper power they can hold over us, or, in the case of Spielberg, within us. Still, the beats of this story follow some well-worn paths and arrive at more than a few hokey punchlines. We watch as the director’s stand-in Sammy (played mainly by Gabriel LaBelle) navigates his family’s move cross-country, his place in high school, and the dichotomy at the heart of his family, led by Burt and Mitzi (Paul Dano and Michelle Williams, both with afterschool special-grade performances). This is straightforward stuff, yet ever true-to-form, Spielberg energizes the film via its visualization of Sammy’s various discoveries—of his talent, his parents’ lives, and how film, and filmmaking, can be more than just train crashes and gun fights.

In ultimate effect, Spielberg has done what he’s excelled at throughout his career: he’s made a mature film for kids. The Fabelmans is painfully sincere and often far too earnest. But it also draws an experienced eye over what was surely an incomprehensible experience at the time. In any case, we know now (and how) it all worked out for Spielberg. So on that note, I’m glad he got this film out of his system.