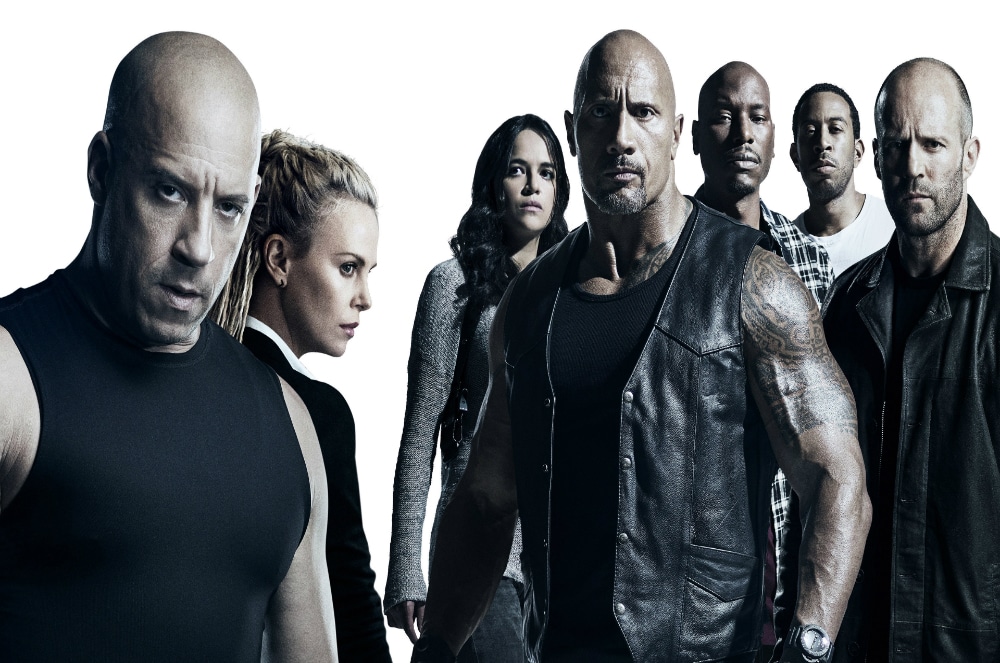 While we know what we are getting into with the Fast and Furious franchise, The Fate of the Furious represents something of a left turn for the Family. The star of the previous films, Paul Walker, passed away in a car accident, Jordana Brewster has retired and a new director was brought in with F. Gary Grey. The film succeeded on its own merits though, becoming the eleventh-highest grossing film in history and bringing a back to basics approach with Vin Diesel as Dom Toretto, Michelle Rodriguez as Letty, and a separate and almost parallel film focusing on The Rock’s Paul Hobbs and Jason Statham as well. In addition, Atomic Blonde Charlize Theron joins the franchise as the mysterious Cipher, a surprise cameo from a certain Oscar winner, and an extended action sequence in Iceland transports the series to powerful and revved up speeds.

The film incorporates its existing characters and serves the fans in a way that makes for an attractive package. 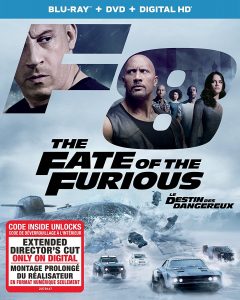 The first special feature, introduced by star Michelle Rodriguez, explores the fact that this is the very first American studio production to be able to shoot in Cuba. This was before the American government and former president Barack Obama smoothed relations between the two countries and is a testament to the power of film.

The next special feature is presented by Ludacris and  features the idea of “family” and how it plays into the mythos of the films. In fact, family is so important that the special feature is divided into four different subsections and truly focuses the emphasis on “family first”. This feature also helps bring Charlize Theron into the fold as well as Scott Eastwood, who was a replacement for Paul Walker’s character as he was a good friend of his during his lifetime.

The third feature is about car culture, and is introduced by Tyrese. It shows that collectors of cars are always eager to show off their vehicles and that the movie is always attempting to one up the ones before by having bigger stunts that involve more cars. In addition, it shows how Dodge and Chrysler cars are integrated into the movie in a seamless integration of product placement and vehicular stunts.

The fourth feature is about the stunts and is presented by Michelle Rodriguez once again. The opening street race is a particularly amazing scene and director F. Gary Gray explains that he brushed up on what fans enjoyed so much about the franchise, and that idea came down to classic cars and especially to street racing. The opening scene strips down the franchise to its essentials and uses the car as a metaphor by which to get back to basics.

The fifth feature presents extended fight sequences, both a prison breakout and a battle on the plane. The last feature is director’s commentary by F. Gary Grey.

We know what we will be getting with the Fast and Furious franchise, and Fate of the Furious is a link to the past and a jolt into the future.