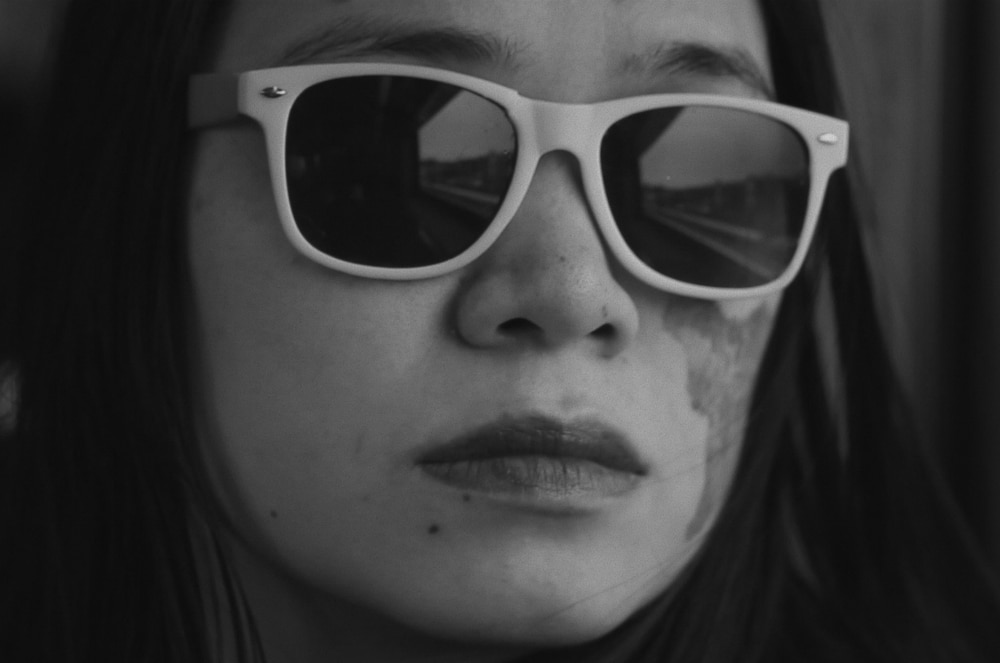 Cath Gulick’s The Fever and The Fret appears to be dissonant for the beginning of the film. For the rhythm to kick in, it must be understood that much of the “action” actually happens offscreen, particularly the pivotal scene in question in which Eleanor (Adelina Amosco), an introverted artistic teenager in the Bronx with birthmarks all over her face, commits an act of retaliation against a bully who has tormented her. Or perhaps she doesn’t, but the resulting trial-like atmosphere of the film and metaphysical hat tip of an ending reveal surprises in store for the careful viewer of this visceral film.

Amosco (who also serves as executive producer on the film) is a revelation in the role of Eleanor, in a performance that can be best described as naturalistic, and especially when one considers that Eleanor is only fourteen years old and this is Amosco’s first role. Much of the engrossing film is shot in black and white close-ups, with its altered reality elements shot in muted colours with a wider lens, which creates a distorted reality effect on both the viewer and Eleanor. With its pulsating score, stunning visuals, and award-worthy performance by Adelina Amosco, The Fever and The Fret is cinema in its purest form and marks an exciting debut for writer-director-cinematographer-editor-producer-makeup artist (!) Cath Gulick.