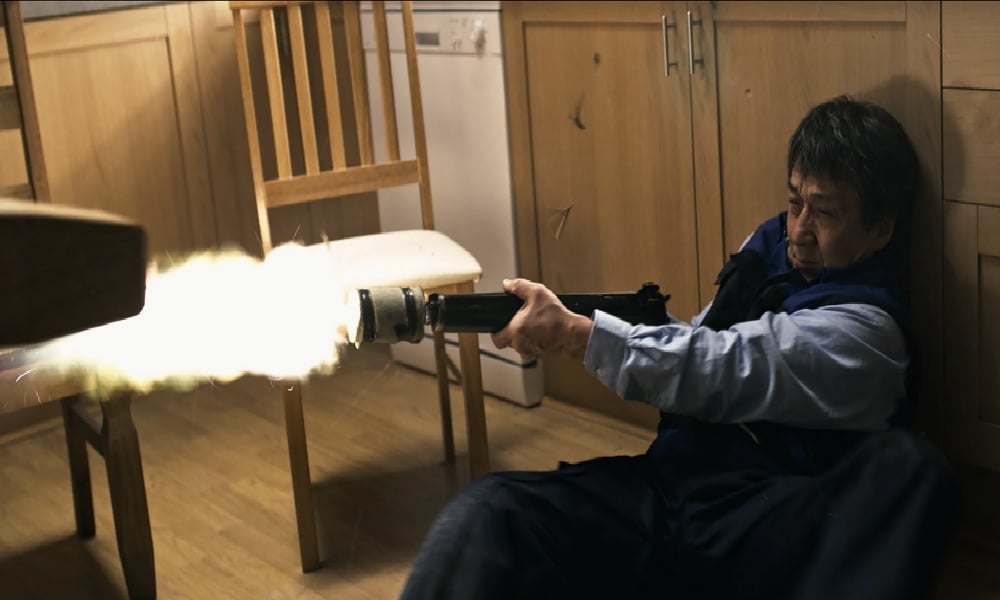 The Foreigner is a strange movie and this starts with its generic title (more on this later), but at least it’s never boring. It’s certainly unnerving in its approach but it is thoroughly interesting to watch.

The biggest issue is that the film is clearly an excuse to have Jackie Chan in action (note – he is now 63 years old). There are a number of entertaining fight sequences throughout but they are fewer and farther between than they should be, and Martin Campbell’s direction places the focus on the storyline which, again, is interesting, but not exactly the most sensible. It essentially involves a splinter group calling themselves “Authentic IRA” taking credit for a bombing and Liam Hennessy (a highly miscast Pierce Brosnan), the former IRA agent who is now a British government official…no, the less said of the plot the better to enjoying the film.

What do you need to know? Jackie Chan is Ngoc Minh Quon, a former Vietnam War operative and Michael McElhatton, who played Roose Bolton on Game of Thrones, makes a reference to “needing more men”, which caused some mirth. Charlie Murphy (not that one), is decent as Maggie, the mistress of Pierce Brosnan, and the movie is troubling because the characters are constantly calling Chan’s character “The Chinaman”, to the point that’s beyond upsetting. The movie was clearly meant to be called The Chinaman, and when I discovered that Stephen Leather’s book on which the film is based is called the very same, it started to make a lot more sense. The book was also written in 1992, so in 25 years, let’s just say the politics feel a touch dated.

But Jackie Chan has screen presence and fights extremely well (note, once again, that he is 63 years old), and likely does his own stunts still, and the film was entertaining.