The Gentle Indifference of the World Review 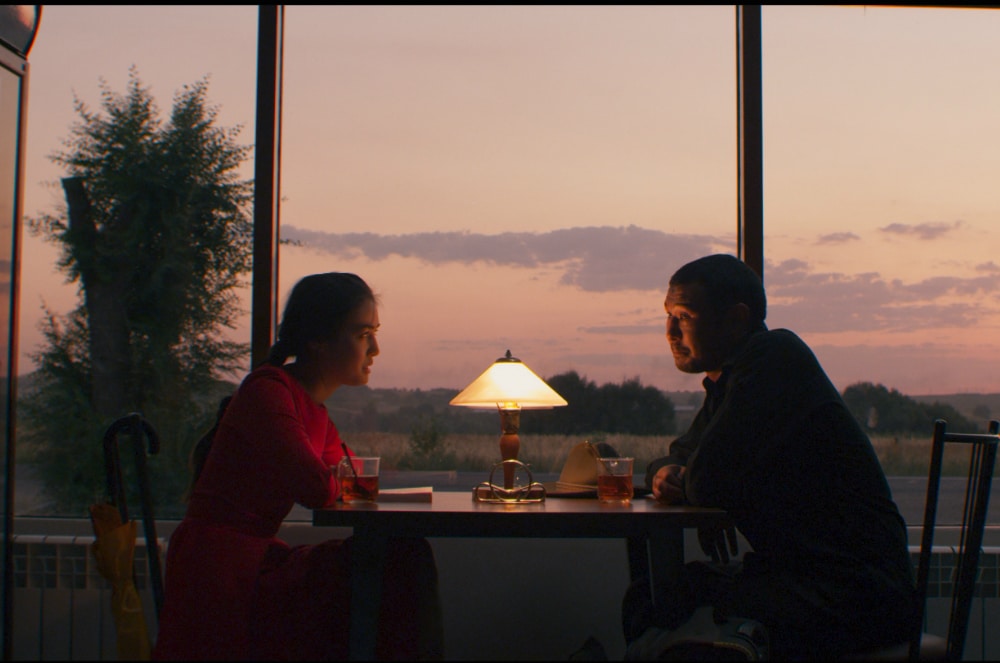 Borrowing a line from Albert Camus’ The Stranger is a bold move. Using said line as a film’s title, bolder still. To its credit, The Gentle Indifference of the World is not shy about its influences. True to its title, as directed by Adilkhan Yerzhanov and co-written by Roelof Jan Minneboo, the film unfolds in the foreground of some truly breathtaking landscapes in Kazakhstan, vistas that seem to press in on the characters, even when indoors. Still, that pressure is nothing compared to the grief these small figures inflict upon each other.

Upon the death of her father, Saltanat (Kulzhamilya Belzhanova, luminous in red) is forced to take ownership of his debts. In an additional cruel twist, her suffering mother is imprisoned too. Saltanat’s rural life is shattered, sending her to the city in an attempt to earn enough money to restore it. By her side is long-time friend and obvious admirer, Kuandyk (Kuandyk Dyussembaev), whose own affable persona is slowly battered by what he’s made to endure. (He goes from playfully wrestling with pals to fending off market thugs right quick.) My description makes this film sound grim; and in truth, it does offer a rather detached depiction of a hopeless situation. Yerzhanov applies still takes, with well-composed long and medium shots, plus a few slow zooms to encapsulate the action, filled with silence and one-sided conversations. The rest of the cast—including Saltanat’s cold-hearted uncle, the local gang boss, and a hapless market stall owner dreaming of a better life—are always trying to talk others into or out of things. Often the favours they speak of do not sound particularly favourable.

But then, usually when the film alights on a close-up, we discover a current of love and romance coursing through The Gentle Indifference of the World that moves us. How this is teased out is delicate and artfully done, with the spectre of Camus always looming. Yerzhanov keeps his camera steady as his two leads tumble through a scenario that feels as inescapable and inexorable as a sunrise on another hard day. We should come away depressed. And yet to see Kuandyk’s eyes glow or Saltanat’s face soften is to feel a certain warmth. The sun will set on these two, but its effect is right there in the title too: gentle.