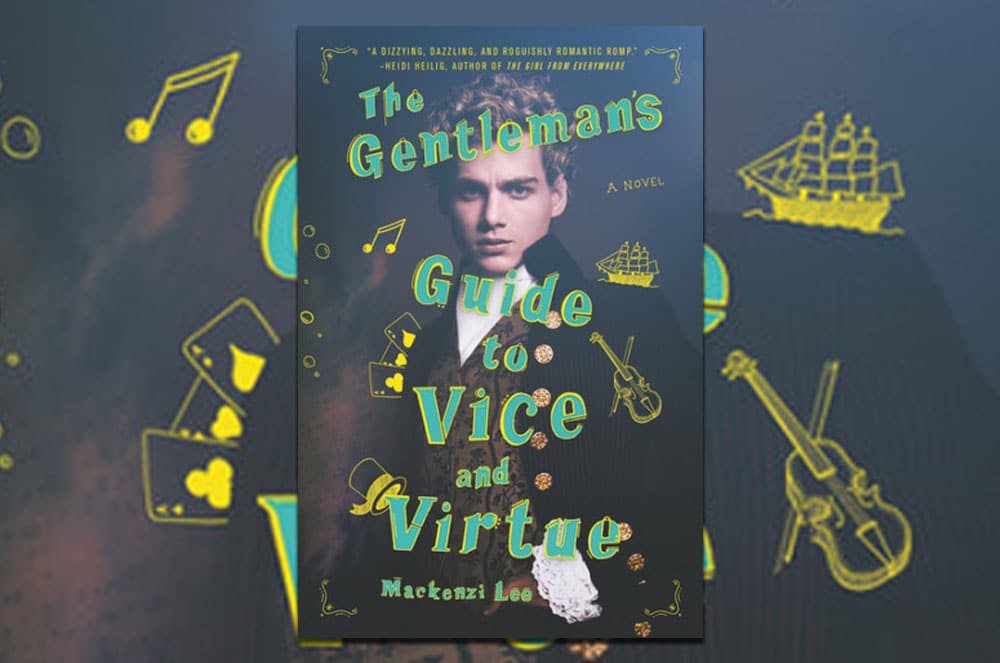 There is an extremely admirable book at the heart of The Gentleman’s Guide to Vice and Virtue, (I expected sort of a play on A Gentleman’s Guide to Love and Murder but this book is so not that). Instead, Mackenzi Lee has written something pretty amazing, a story that is set in the distant past (the 1700’s, specifically, and a travelogue as well), and manages to feel contemporary and modern, perhaps intentionally anachronistic, for which I have no issue at all.

The book is primarily about the relationship, or the desire for one, between Henry Montague, or Monty as he is frequently called, and his friend and “companion”, that being Percy. It is surprising that Monty is a major player, as he is a bit of a lout, and I guess that this is something of the point, as Percy fares better, as this is a book about class and class distinction. While Monty is a lord, Percy is afflicted with what would now be known as epilepsy, (but not then), and is also biracial.

In addition, Monty’s sister Felicity is the third travelling companion and she feels timeless as well. She is a classic asexual, and gets most of the best quips and lines in the book. The opening scenes feel bold and daring and refreshing, and I was as surprised as could be that upon the discovery of a special box and a chase by pirates, the final half of the book feels like a slog and this shouldn’t be the case. Perhaps it is that the opening scenes contain so much humour and glee, (as Monty is bisexual, and tries to seduce a woman to unsurprisingly unsuccessful results), the remainder of the novel felt surprisingly finished, as we already knew to where the book would be heading, and the result was similar to what I had expected. It’s still a monumental accomplishment, but not a revelation.

The Gentleman’s Guide to Vice and Virtue was provided by Harper Collins Canada in exchange for an honest review. It may be purchased from your friendly independent bookseller or other fine bookstores.