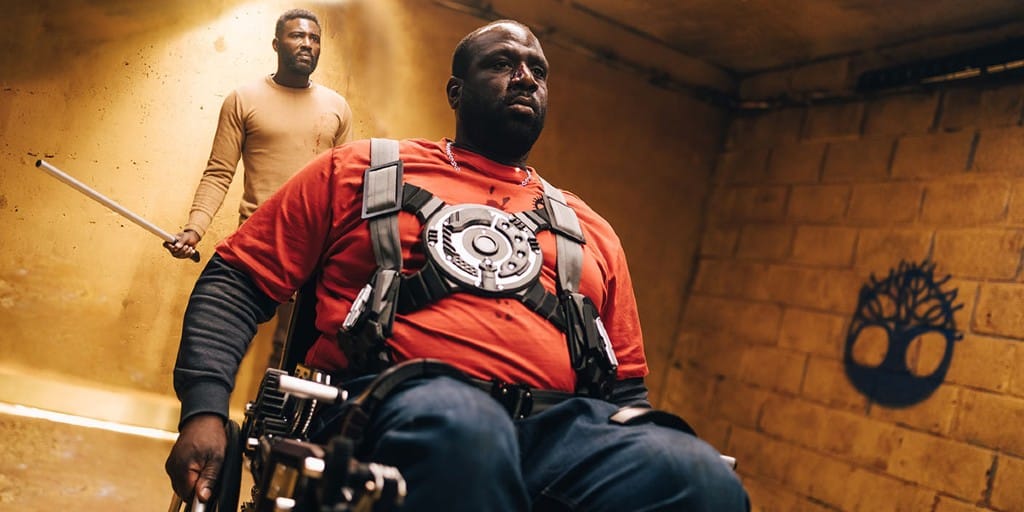 There’s admirable energy in writer-director Cédric Ido’s The Gravity, owing in large part to its monumental musical theme and roving shots of troubled skies. On the ground, the film attempts to lace together a singular planetary event, a reunion of old friends, and a tale of rival criminals. The effort is there, but the results don’t add up.

The trouble starts in The Gravity when Christophe (Jean-Baptiste Anoumon) returns home from prison. Wordlessly he re-enters his former life, scoping the scene in his housing block to find the angle on a young gang, calling themselves ronin, that controls the area. He also reconnects with two brothers, Joshua (Steve Tientcheu) and Daniel (Max Gomis), on either end of the mobility spectrum: the former wheelchair-bound, the latter a sprinter. While Daniel also plans to leave his home for good, all of this detail is mostly foregrounding for a narrative that hammers in on its trio beyond much reason. While Ido points to the ominous alignment of our solar system’s planets, his characters get in deeper with problems of their own making—and his film loses itself looking for meaning in the face of its own scale.

There are a few interesting ideas in The Gravity, not least of which is the concept of a gang that leans on solidarity against the usual dog-eat-dog criminal minds. But as Ido ramps up his violence, we’re left to wonder what else this film could have been. Do we need it merely to tell us how hard life can be on earth?