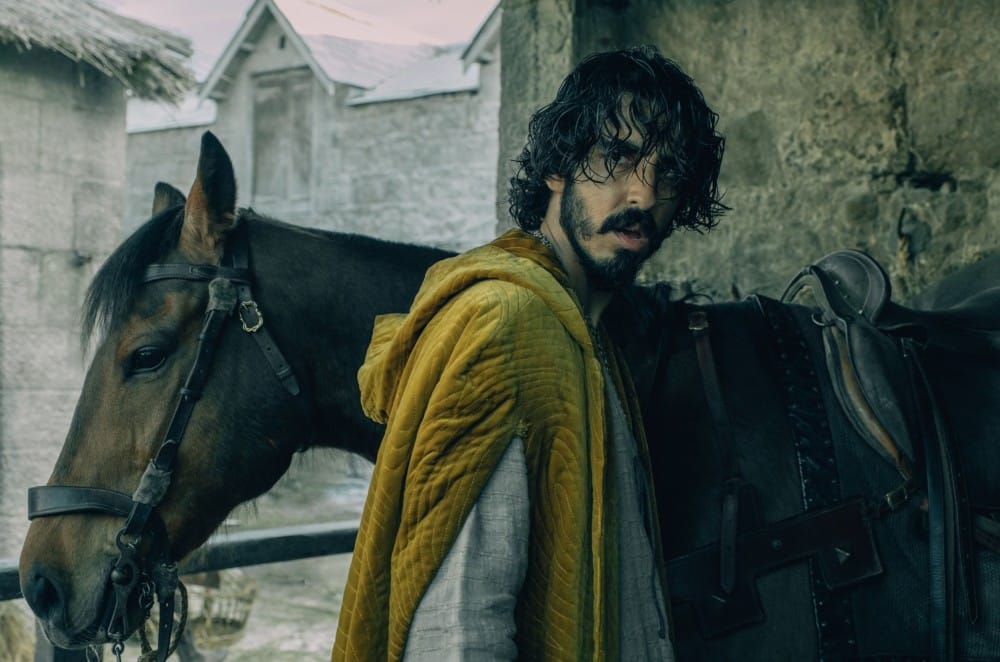 There’s talk of games in David Lowery’s The Green Knight, but not much fun. To a certain extent, that’s expected; the film is based on a chivalric romance poem of the 14th century, so the odds of, say, a wacky sidekick popping up are low. And as Lowery makes clear, these were harsh and confusing times, even for a fellow living adjacent to the legendary King Arthur. So, an epic then, but still somehow short on wonder. Lord knows though, like its central figure, Lowery tries.

The hero of The Green Knight is Gawain (Dev Patel), who agrees to strike at the eponymous knight (a creation of subtle tactile effect and Ralph Ineson’s voice) for a chance to join the famous Round Table. It seems an easy enough bargain—until the creature exits, head under his arm, and laughing all the way. The logic of this tale is, of course, not important, and Lowery spends exactly zero time explaining anything further about his film’s setting or its rules. He demands only that we get on its wavelength—one of long dialogue-free passages and ambiguous meaning—to ride out the story’s journey. This is made easier by the casting of Patel, an effectively innocent romantic lead, and by taking in the fantastical world Lowery has made out of this particular lore. For all its breathtaking space, however, the film feels a touch airless, as if the characters and magic were still on the page—or in the puppet show we see on-screen more than once. Again, this is not from a lack of effort on Lowery’s part; though maybe he could have relaxed the grip on his camera’s hilt a tad.

Much like Lowery’s previous films, there is an earnest searching in The Green Knight, one that shines through the fog. This is a director convinced of the righteousness of his quest, who wants us to believe in it (and him) too. This film failed to cast a spell on me, but I can admit Lowery at least comes by its final touches honestly.