The Grip of It Review 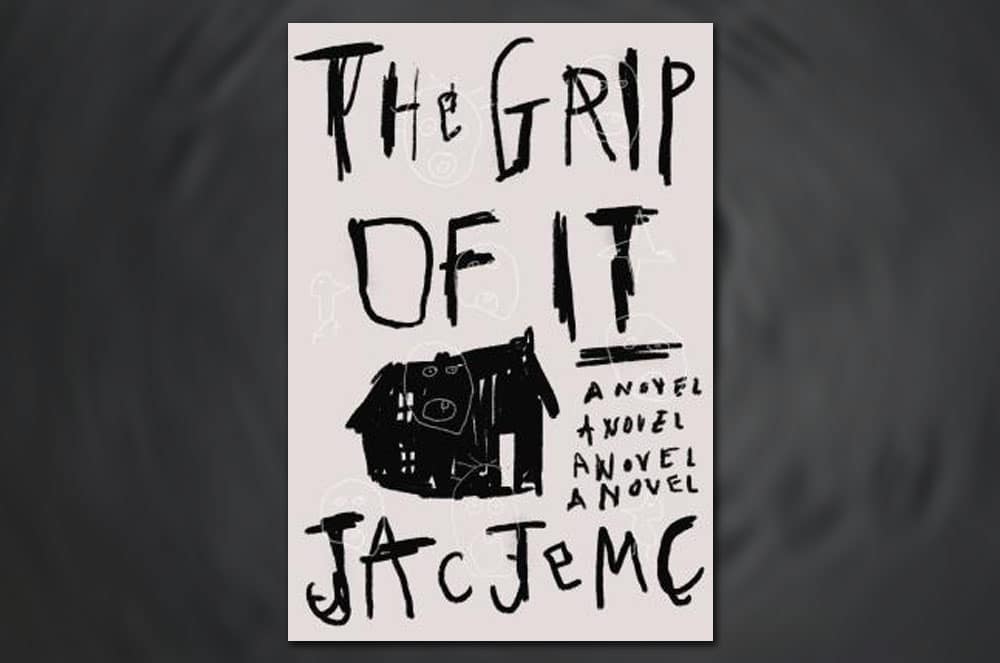 Every so often a story comes along that is admirable and I can see the attempts of the author to try to make a very compelling metaphorical point. Yet for whatever reason, the story just doesn’t connect on a greater level and feels like a noble effort, but kind of a drag at the same time. The Grip of It by Jac Jemc is just one of these books, and I wish that I had enjoyed it more than I did, because it seems like the kind of book that should be read and examined more closely.

The book is a handsome package, fitting within the palm of a hand, and featuring jagged black typeface over a white border, befitting the content of the book. It is written with very short chapters, which I actually quite like, and is about a couple named Julie and James (one suspects that the alliterative J’s such as in the author’s name are intentional), and their ill feelings about buying a new house and how it intensifies the sort of malaise that they are feeling in their relationship. There is clearly a dissonance in the marriage, though how much of it is imagined, and how much is actualized is a subject for debate.

Clearly, though, James has an addiction to gambling (perhaps why they purchased the home?) and this manifests in a way that results in budget issues. They are clearly concerned about spending, and this is likely a common issue for many first-time buyers of real estate, who realize that their dream house is not what they imagine it to be in the planning stages. Julie is the main focus of the book, as James spends much of it absent (from his wife, perhaps), and Julie alternates between getting strange bruises to possibly getting it on with a ghostly creature (?) in what is in reality one of the more exciting sections of the book.

Look, perhaps this is the type of the book for which explanations and resolution is not to be found. Even so, for such a slim volume, and again, this is not an issue, I nonetheless expected to be a little more gripped by it.

The Grip Of It was provided by Raincoast Books in exchange for an honest review. It may be purchased from your friendly independent bookseller or other fine bookstores.