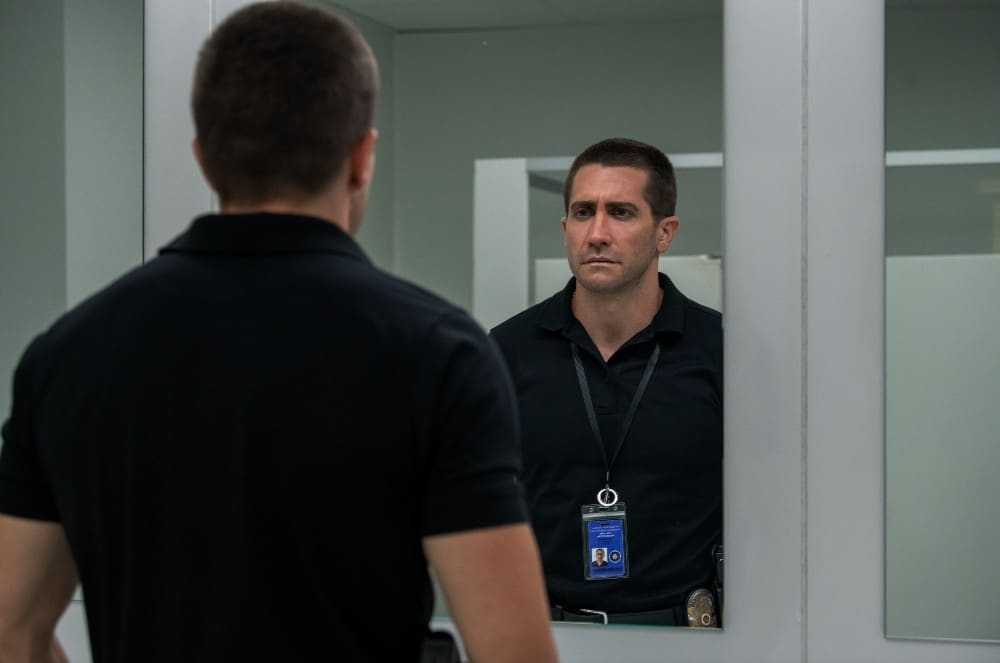 It’s true The Guilty, directed by Antoine Fuqua, is an English-language remake of a 2018 Danish film. Star Jake Gyllenhaal purchased its rights that same year, suggesting this new version was perhaps inevitable. Still, the timing of Fuqua’s production is likely not coincidental. Owing to the global pandemic of the past 18 months, a film set in a handful of rooms with a tight cast of on-screen characters has a striking appeal—for producers, if not audiences.

The film’s premise does have its intrigue and, as written by Nic Pizzolatto, runs like an efficient thriller. The Guilty zooms in on Joe Baylor (Gyllenhaal), an LA cop stuck on the desk in a 911 dispatch centre during a massive fire. The red glow of that crisis gives the film its colour—and its singular suggestion of the outside world. On this particular shift, a call comes in from Emily (Riley Keough), who sounds like she’s being abducted. Springing into action—while tethered to his phone—Joe labours as part cajoler, part negotiator to save the woman on the other end of the line. Setting aside the original film, this is not a wholly new idea (2013’s Locke has a similar potboiler design), yet Gyllenhaal was correct in assuming people could (and would want to) watch him act in this role for 90 minutes. Always a nervy actor, he gets to run the full gamut here, which is necessary given the film’s grey and unchanging aesthetic. Fuqua’s direction, meanwhile, has its moments of showmanship, and he’s swift enough to keep the film lively in its fixed setting.

That energy makes a difference once the plot reveals start coming in The Guilty. Gyllenhaal’s Joe isn’t some white knight and the film’s complexities, such as they are, are predicated on the concept of a conflicted cop, who—get this—may be bad. That part is probably not coincidental either (it hits more as convenient). Nevertheless, Fuqua and Gyllenhaal combine what they have into a modestly effective climax—even if, as that background fire rages, it’s a hell of their own making.