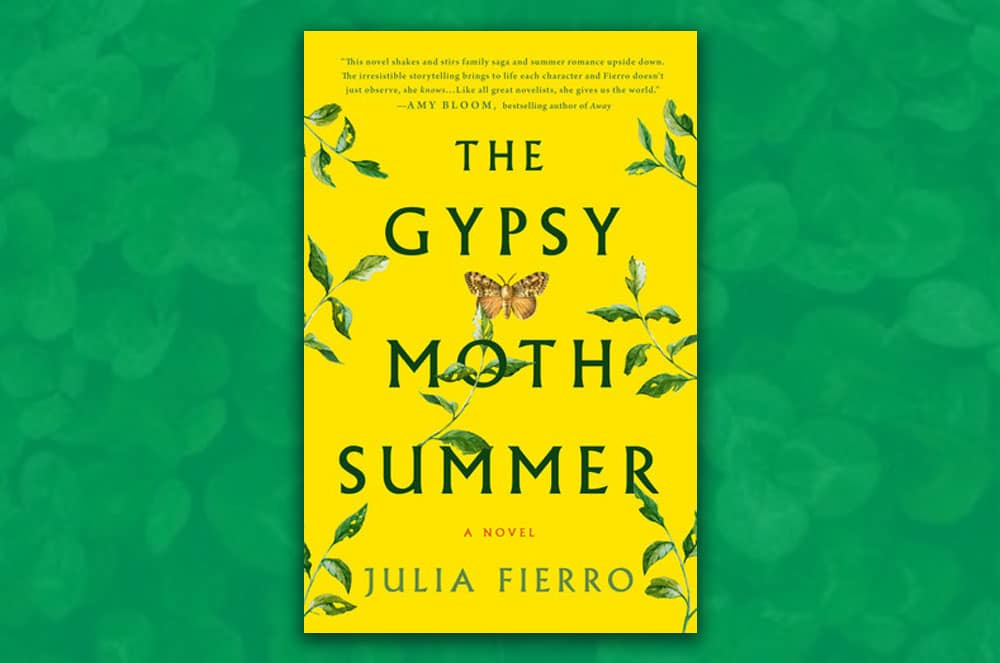 I was recently asked a question (by a colleague, I believe, but it may have been my mother) about my favourite book genre, to which I responded “Literary Fiction”. Julia Fierro’s new book The Gypsy Moth Summer very much falls into the genre because it’s quite a read. It’s a summer read for sure, but much darker, certainly a #SummerNoir. In fact, the book seemed to begin in the vein of Jeffrey Eugenides’ The Virgin Suicides, but then drops its focus on the collective and the “we”, and focuses specifically upon a few characters in particular that aren’t teenagers, though one is, and feels very much like The Light Between Oceans (book only), and yet nothing like it at all.

One of the most relevant and timely aspects of the book, though certainly not intentional, is that Mississauga is currently undergoing an infestation similar to the gypsy moths of The Gypsy Moth Summer. Certainly, and though it’s not mentioned explicitly, this book is about change and feels like one of the more modern books I have read that takes place during the year 1992.

The allusions are many, the coming of a president, (Bill Clinton, and a solitary mention of Hillary having an office does its job), as well as the aforementioned environmental concerns. Lastly, an overarching theme of intolerance towards females, the elderly, and a push for diversity on the island feels much more geared towards 2017, and perhaps it’s a trope that never really goes away. The characters that take possession of the chapters (though interestingly not in first person) are teenage Maddie (the most interesting in my opinion), Jules (who grows in intensity), his wife Leslie, the grandmatronly Veronica, The Colonel (for a single chapter), and Dom (whose chapters felt quite sad). In the Acknowledgements, Fierro admits that the gypsy moths had a chapter in the earliest development. The metaphor remains though, and if you enjoy a literary fiction text that features an overarching allegory, intersecting facts about moths, a classical structure, and a sense of dread heading towards the denouement, then this is the book is for you.

The Gypsy Moth Summer was provided by Raincoast Books in exchange for an honest review. It may be purchased from your friendly independent bookseller or other fine bookstores.