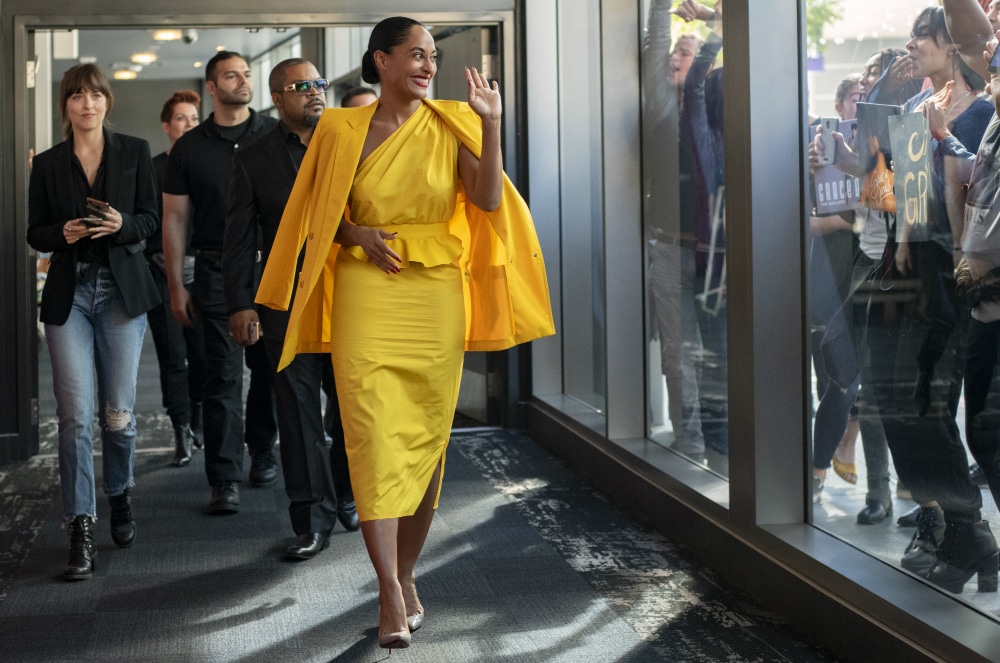 Nisha Ganatra’s The High Note is a tighter film than her previous effort, Late Night, but more formulaic in its construction. The script, by first-timer Flora Greeson, knows its ending, moving sharply (and without much mystery) to get there. As a film about the music industry, maybe it had to be this way; not every song needs to surprise us, after all. It’s often enough just to hit on the right beat. This is that kind of movie.

The High Note concerns the working relationship between famous singer Grace Davis (Tracee Ellis Ross) and her assistant Maggie (Dakota Johnson), who find themselves at a crossroads. For Grace, over 40 and married to her career, she’s deciding between a Vegas residency or making a new album (and re-connecting with her past as a result). Maggie, meanwhile, wants to be a producer. The stage is set for conflict when Maggie encounters David (Kelvin Harrison Jr.), a charming—yet curiously wealthy—troubadour who has what it takes to make it big. See where this is going yet? To Ganatra’s credit, the film understands its Los Angeles setting and makes sure to include meaningful landmarks and gorgeous scenery. Her film is obvious in that way, but not necessarily boring as it dances along. To help, Johnson is her usual open-faced self, while Ross wows in both the funny and moody scenes required of her. (The supporting cast does their part too; Ice Cube as Grace’s manager is nothing if not a pro.) There’s even a nod towards the reality for women—young or old, Black or white, famous or not—in an industry that doesn’t properly value them.

Still, The High Note is not much more than a solid cover song. It’s at turns dramatic and humourous, as one would expect (and in some unintentional ways too, as when Maggie quizzes others on her “obscure” music tastes, e.g. some of the biggest artists of the 20th century). And its ultimate effect is matched by the “new” music it features: comfortable, but lacking in real soul.