written by Charles Trapunski May 9, 2019 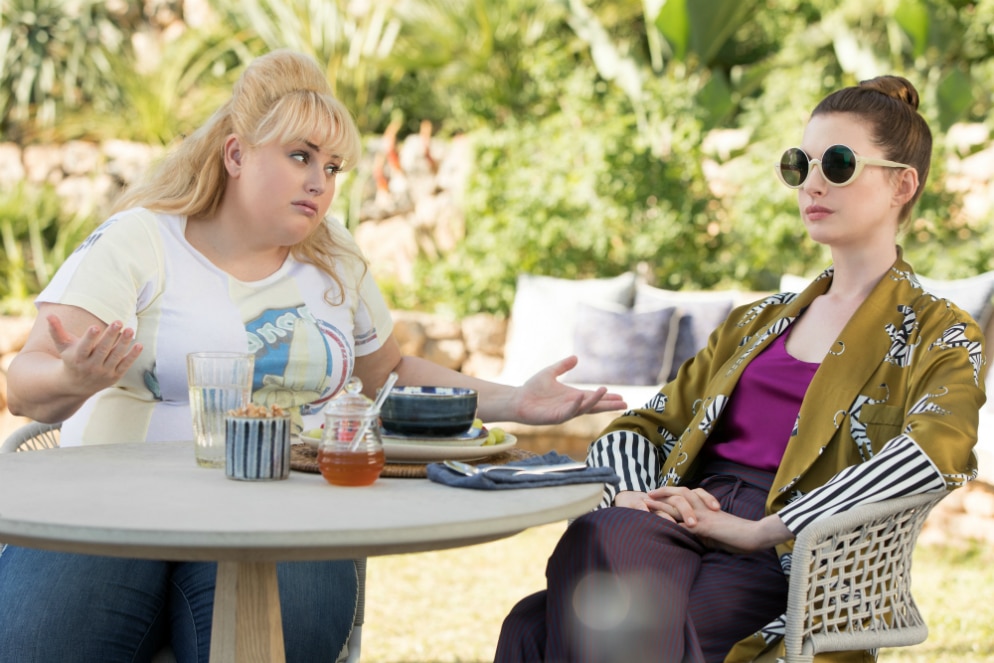 While The Hustle may be real, the episodic structure of the film doesn’t make it feel real until about thirty minutes into the movie. At this point, we have already met Rebel Wilson’s character, Penny, (although a good fill-in name may have been “almost every single character that Rebel Wilson plays in every movie ever”, which isn’t necessarily a negative).

What is interesting in the structure of the comedy is that the first time the audience is introduced to Anne Hathaway’s Josephine, is as a naive American set to hustle an older gentleman away from an expensive bracelet. By introducing a known American actress as an American (albeit as a scathing stereotype of one), and then with the payoff that Josephine is actually upper-crust English (and don’t mistake this for criticism, as Hathaway is quite good here and semi-believable), this feels sort of disingenuine.

Then it is clear that Rebel Wilson is playing an Australian character, which, cool. But it feels like a silly idea to sustain an entire film. The music in the film is quite nice, a jazzy soundtrack, so shoutout to Anne Dudley on that one. But otherwise, why remake a gender-swapped Dirty Rotten Scoundrels when it’s a halfway kind of con? Perhaps I would have gone in all the way with a suave Brit and an unrefined American, or, I dunno, come up with an original movie for the game leads.

Or have the pair crack wise at each other, which is where the heart of the movie lies, and perhaps less of whatever Dean Norris is doing. It’s curious that Hank Schrader (as he is known to aficionados of Breaking Bad), is billed fourth in The Hustle, is in a single scene, and that’s it for the movie. It suggests perhaps that reshoots changed the nature of the movie. But Wilson as an actress and a producer and Hathaway are modern, scenes like those with Norris feel like they escaped from a kind of slapstick 1994 feature.