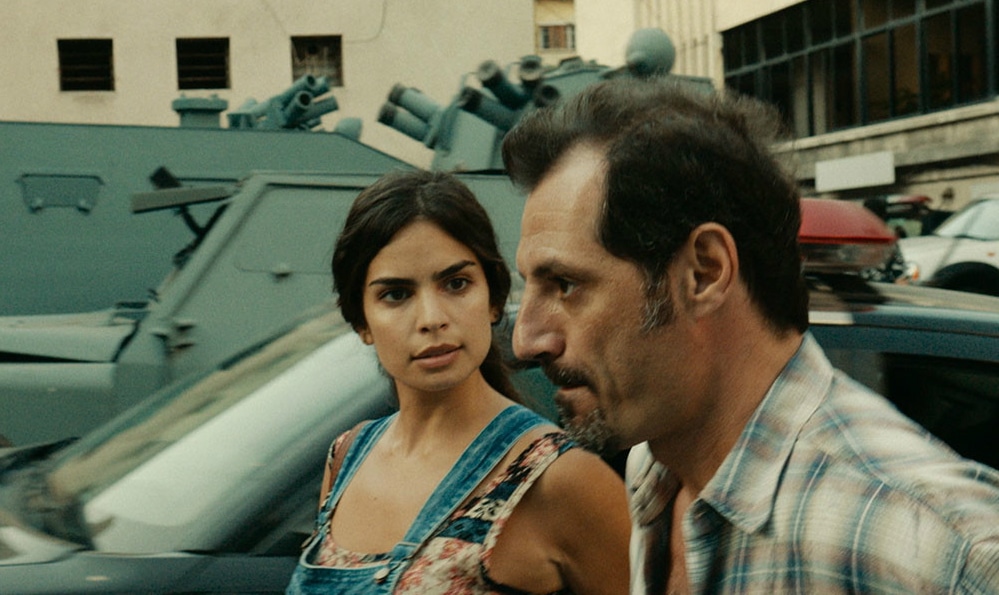 “No one fixes anything.” That’s what mechanic Tony Hanna (Adel Karam) says some time after he smashes his repaired drain pipe with a hammer, and demands an apology from foreman Yasser Salameh (Kamel El Basha) for putting it there. The Insult, directed by Ziad Doueiri from a script he co-wrote with Joelle Touma, is filled with this kind of escalation. Yasser gets splashed with water, Tony yells an ugly phrase, and suddenly the fate of Lebanon hangs in the balance.

Owing to Tony’s status as a Lebanese Christian, and Yasser’s as a Palestinian refugee, their conflict moves from the street, then to a courtroom, before reaching a national audience, and expanding to include both men’s past, present, and future. If this sounds overly dramatic: it is. (I haven’t even mentioned the duelling father-daughter lawyers, or the baby’s life in peril.) But it’s also by Doueiri’s design—his film wants a confrontation. It’s reckoning with a shared history that’s taken root in everyone’s day-to-day lives, and examining how traumatic wars in the Middle East (between Israel and Palestine, between Lebanese Christians and Muslims) continue to turn entire generations against themselves. The Insult is a serious endeavour, and if tends towards a thinness in character as a result—with Karam and El Basha left to take turns barking at others—so be it. The work still comes from a decent and honest place.

Like those characters though, Doueiri could perhaps use a touch of restraint. Hardly a moment of his film goes by without the camera zooming and slicing through the action. These cuts enliven scenes of talking heads, sure, but a less aggressive approach may have suited the already overheated material. That’s just one man’s opinion though—let’s not fight about it! If The Insult teaches us anything (beyond lessons in Lebanese history), it’s that trying to “fix” an opinion, or the person who voices it, doesn’t always work as intended. Better to air those differences out, and embrace our similarities instead.