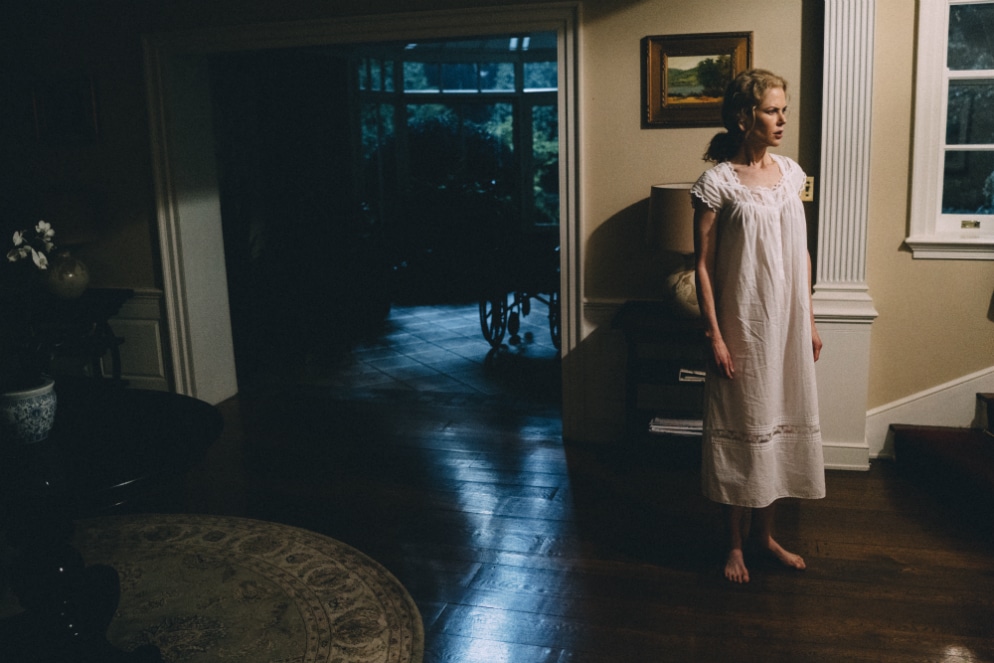 With his macabre, almost Kubrickian styling, writer/director Yorgos Lanthimos follows up his Academy Award-nominated film The Lobster with The Killing of a Sacred Deer.

The film is loosely based on the ancient Greek tale of King Agamemnon, who, as legend goes, unintentionally slayed a sacred deer and then was forced to slaughter his innocent daughter as retribution. Lanthimos’ darkly comedic update follows surgeon Steven (Colin Farrell, reuniting with his The Lobster director), who, after accidentally causing the death of the father of Martin (Barry Keoghan in full disturbing mode) is given a twisted ultimatum. The teenager informs him that unless he murders a member of his family (played, respectively, by Farrell’s The Beguiled co-star, Nicole Kidman, Raffey Cassidy and Sunny Suljic), they will each individually become paralyzed, starve themselves, begin bleeding from their eyes, and then die.

The eye for an eye biblical theme is an interesting one (one wonders what propelled Lanthimos’ obsession with eyes that has carried over into each of his films) as is the science versus superstition angle that will leave viewers wondering what they would do in such a surrealistic situation. 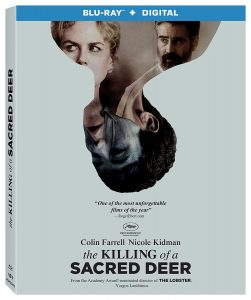 Though not quite as sickly twisted as Dogtooth or even The Lobster, The Killing of a Sacred Deer is still a solid effort from the Greek auteur.