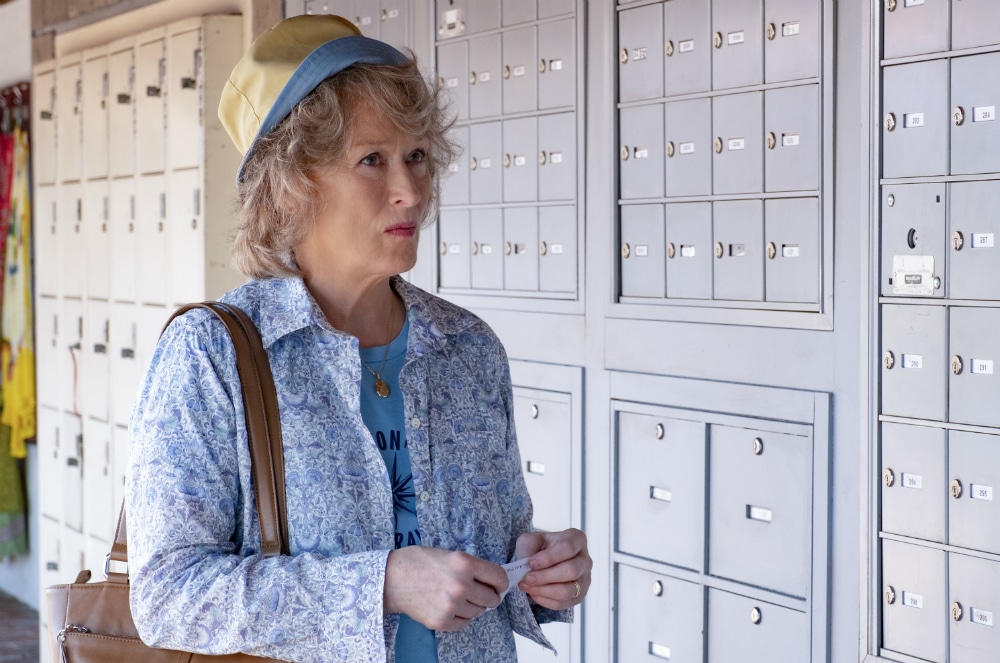 It’s mildly amazing The Laundromat is not just one long scream into the wind. With subject matter like this, I wouldn’t have blamed director Steven Soderbergh, known more for his sense of cool, if he’d peeled off 90 minutes of incoherent rage. He opts here for a different tack—save for one comical blast involving a shotgun. Yes, Soderbergh’s film about the Panama Papers and the entire global financial racket is just that: mild.

Stepping back to take in the whole picture, it’s laudable that Soderbergh and writer Scott Z. Burns even attempted to frame this story at all. As The Laundromat illustrates, it’s an entirely too diffuse narrative, jumping from place to place around the globe, involving far too many (I’ll say it) boring people. Having Gary Oldman and Antonio Banderas on hand as the real-life architects of the fiasco, Jürgen Mossack and Ramón Fonseca, to provide walkthrough narration helps, but there’s still not enough pull to get us truly angry. And that’s a problem because the Panama Papers, and what they expose, should make us all insane with rage. There’s the wisp of a plot beyond the narrator’s hijinks, one involving grandma Ellen Martin (Meryl Streep) and her quixotic journey through insurance paperwork, but the film largely abandons it in its second half. (Though not Streep herself; the less said about that the better.) We glimpse instead a drama involving Charles (Nonso Anozie) and his family, then split off into some baffling Chinese intrigue involving Rosalind Chao and Matthias Schoenaerts. Taken altogether we’re supposed to ask: how did we let the world get to be like this?

As if sensing he’s lost the thread, Soderbergh steers the film’s end towards what I’ll charitably describe as a deus ex machina. In another situation I’d groan in disgust, but what else is to be done? Soderbergh has crafted a film with his usual slick touch, except what’s needed is even more punch, more fury, more something. On that note, The Laundromat is a failure. For a movie that’s supposed to wake us up, it may very well put people to sleep instead.