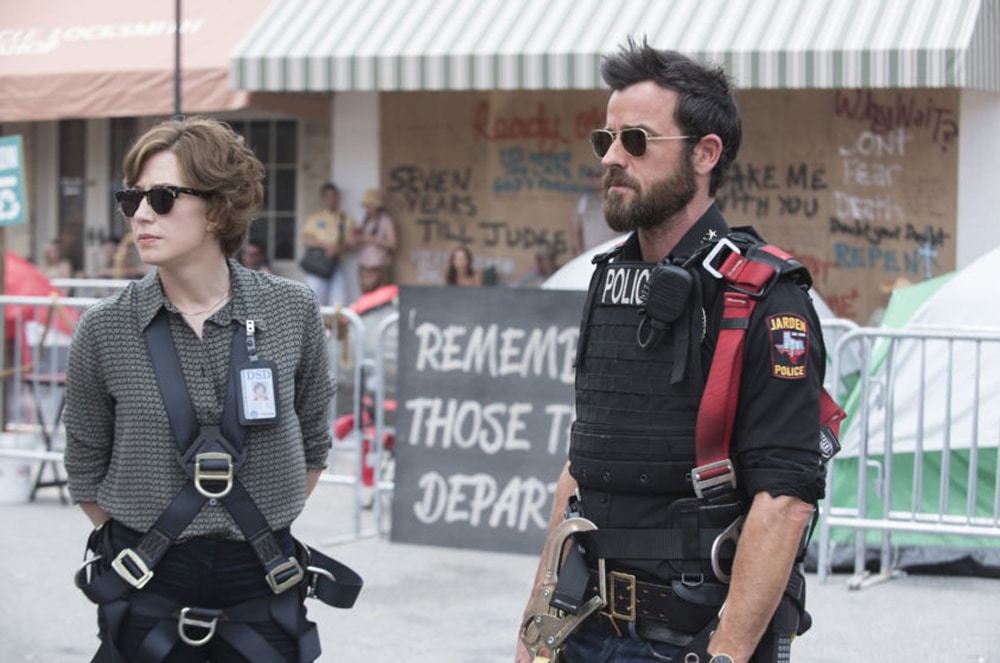 Putting together a spoiler-free preview for a gem of a show like The Leftovers should prove damn near impossible, but here goes.

Debuting tonight at 9 pm on HBO Canada, The Leftovers started as a straight adaptation of Tom Perrotta’s darkly comic book from a few years ago. It was adapted by Perrotta and Damon Lindelof of Lost fame as a slow and dirge-like examination of being left behind. It was a mopey, grief-filled sad sack of a show…and then it wasn’t.

Season 2’s reboot of the show, (essentially removing it from the context of the book), allowed it to go off in some pretty bizarre directions, and Season 3’s truncated season, (eight episodes, of which I watched seven) continues this trend.

Perhaps the best approach to navigating the show is to listen. The musical choices this season are inspired, to say the least, and the theme song by Max Richter makes but one appearance. In its place are some of the wittier song choices this side of Big Little Lies, (get your Shazam app ready and once again, listen).

The first episode of the season begins with a setpiece from the year 1844 that could stand alone as its own work of art. It takes its cue from witchcraft but yet feels very 2017 and perhaps seems like a coda to the callback to the first episode of Season Two and its examination of the end according to the Neanderthal. The episodes vary in quality, working best when focusing on a single character, but ‘Don’t Be Ridiculous’ is ridiculous. Written by Lindelof and Perrotta and centred mainly on Carrie Coon’s Nora (and featuring one of the more bizarre cameo appearances of the year, again, listen), ‘Don’t Be Ridiculous’ is a highlight for episode of the year if not for Nicole Kassell’s surreal episode 5, surrounding Matt, played by Christopher Eccleston.

Along the way, some stellar work is put in by Lindsay Duncan, Amy Brenneman and a performer that is too strong to have gone away. Naturally, the show works better in flashes as the whole is not always equal to the sum of its parts. Moving the show mainly to Melbourne, Australia in order to play around within Peter Weir films from the 1970’s mostly feels like a trip on the viewers, and one episode is just über-bizarre.

Still, The Leftovers is a hearty serving and this season should be eaten up by viewers craving something a little Lost but very much its own thing.

The Leftovers airs on HBO Canada Sundays at 9 pm