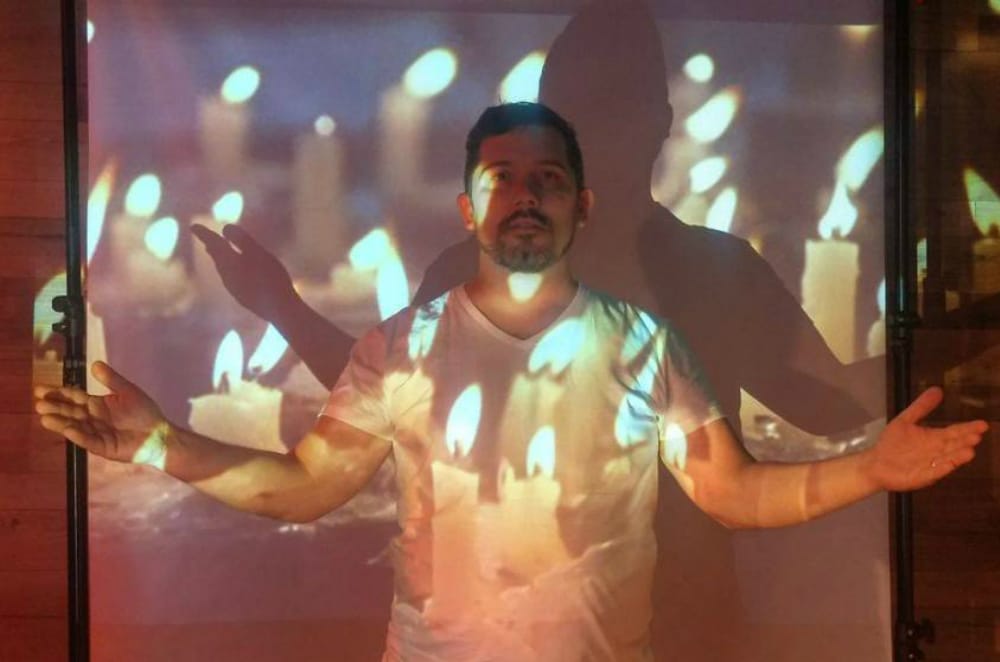 Adam Bailey is front and centre at the performance of The Life Henri, a kind of hybrid lecture on art, a personal reflection upon being bullied, and a study of Stephen King’s Carrie all rolled into one. This idea of using each story as a kind of parable is admirable as is Bailey’s ability to memorize the whole shebang. The performance is genuinely interesting, and I learned a fair bit about Picasso, Henri Rousseau and the outsider nature of art and artists. The venue was great, (the theatre in Alliance Francaise, although the seats were hard!) and having a bar onsite is always a great idea although I refrained from partaking. Bailey, under the direction of Laura Anne Harris, is a skilled storyteller and performer.

However, in a venue this size, there is no need to shout as I was hanging on every word. The reverberation was sound and so every time a yell came, it felt too outsized, (a stage scream would have sufficed). Bailey also struggled with his French pronunciation (not that I could have done much better). In addition, there was a need for the slides to have been a touch bigger, although one in particular towards the end certainly was big enough. Lastly, like a good lecture, I almost wanted to stay at the end and ask questions. As Bailey drifts in and drifts out towards the show, I almost would have continued the history lesson, albeit briefly, making each show seem a little bit different from the next. I was still pleased to have attended and excited to see where Bailey will go next in his stories.