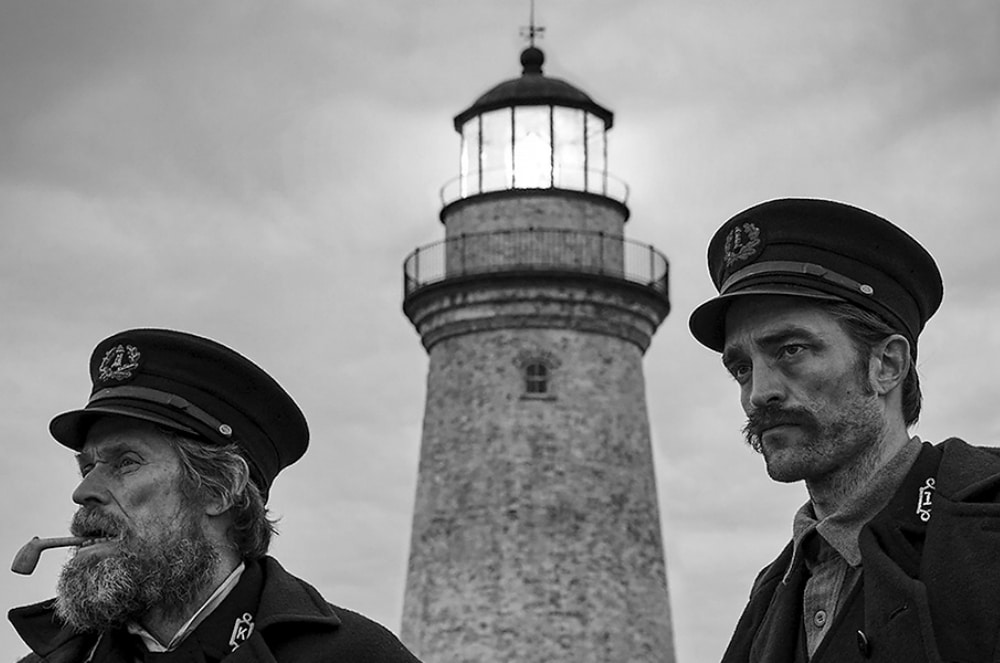 Robert Eggers’ sophomore film, The Lighthouse, is paced like the sea waves surrounding its lonesome island setting—it crashes, then recedes. It centres on two men, young Ephraim (Robert Pattinson) and old Thomas (Willem Dafoe), who stand opposed by dint of their positions, and because one (or both) are going mad. Meanwhile, Eggers’ decision to shoot in black-and-white, with a square aspect ratio, suggests a classic out-of-time feel. All of this is by design and on point. Except like water, his film is also shapeless.

By making The Lighthouse so singularly alien, Eggers has untethered the film from any sort of reality, depriving it of meaningful stakes. Who are these men? Why are they at odds? What will it mean for one to win or lose? Their back-and-forth conflict—driven by isolation, drink, toxic masculinity, or just straight-up insanity—grows tiresome as it becomes clear we’re not quite meant to know. At one point, though, Dafoe does give voice to the real problem: there’s no mystery here.

Still, we can chuckle at The Lighthouse‘s fart jokes. Thanks to diabolical sound design and spooky cinematography, the film is not without merit. There are shorts embedded in the larger picture that float by like precious messages in bottles. Both Dafoe and Pattinson fully dive into the weirdness of the entire project. The pieces are there for a grand and terrifying experience. By the end, however, like Ephraim, I just wanted to see the light—not at the top of the tower, but back out in the sun.