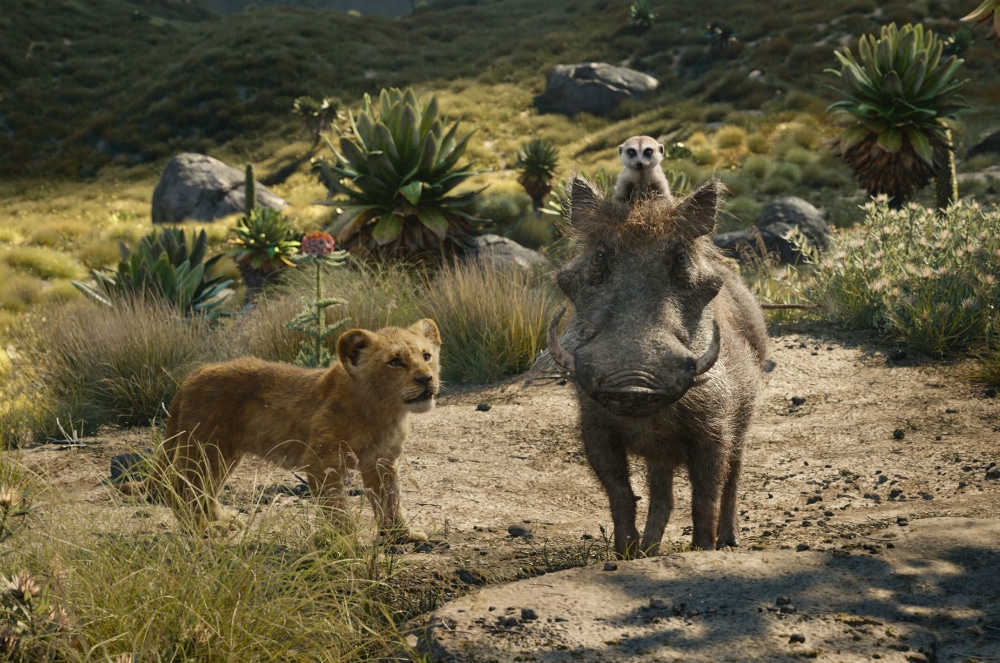 After mulling over my overall mixed opinion and then reading both negative and overwhelming positive reviews of the film, I’ve decided that Jon Favreau’s re-imagining of Disney’s The Lion King is a medium to moderate “see it”.

One of the movie’s biggest disappointments came because I had such high hopes for Beyonce Knowles-Carter’s take on adult Nala (voiced by Us‘ Shahadi Wright Joseph as a young cub), which fell flat for me. Her new song ‘Spirit’, the chorus of which can be heard in the film, also was a great let down. Similarly, as adult Simba, Donald Glover struggles to find the proper sense of tone and even his singing (which one would be think would be a standout because of his brilliant Childish Gambino work) is unmemorable. Thankfully, he is drowned out by the aforementioned Beyonce in their fairly inert rendition of ‘Can You Feel The Love Tonight’.

The film’s visuals are stunning though, and are best viewed on the biggest screen possible. As per Disney, “using pioneering filmmaking techniques, Favreau and his team of artists created a whole new medium, utilizing a blend of traditional live-action filmmaking language, state-of-the-art virtual-reality tools and photo real digital imagery” and it is spectacular.

When the film hews close to the original, it feels stale (it’s a shame it was remade almost shot for shot), and yet when it feels like a dramatic re-imagining, such as every scene with Timon and Pumbaa (voiced with gusto by Billy Eichner and Seth Rogen), it’s like watching a movie with completely fresh eyes. Pay close attention for an in-joke about another recent Disney “live action” re-imagining.

If you’re familiar with the original Lion King, (or Hamlet, really), this makes for decent fan service, and if you’re unfamiliar: first of all, why aren’t you aware of The Lion King?! But if you didn’t grow up with it, watch the original first and then experience this film in a theatre. Enjoy something old, something new, plenty of stuff borrowed, and even something blue, with Rogen and Eichner bending the rules about appropriateness in a family film. But this film is not so much wedded to the original as it is feeling like a slightly better looking but emptier film, like a marriage of convenience but not of style and flair. Can you feel the love? Sort of.