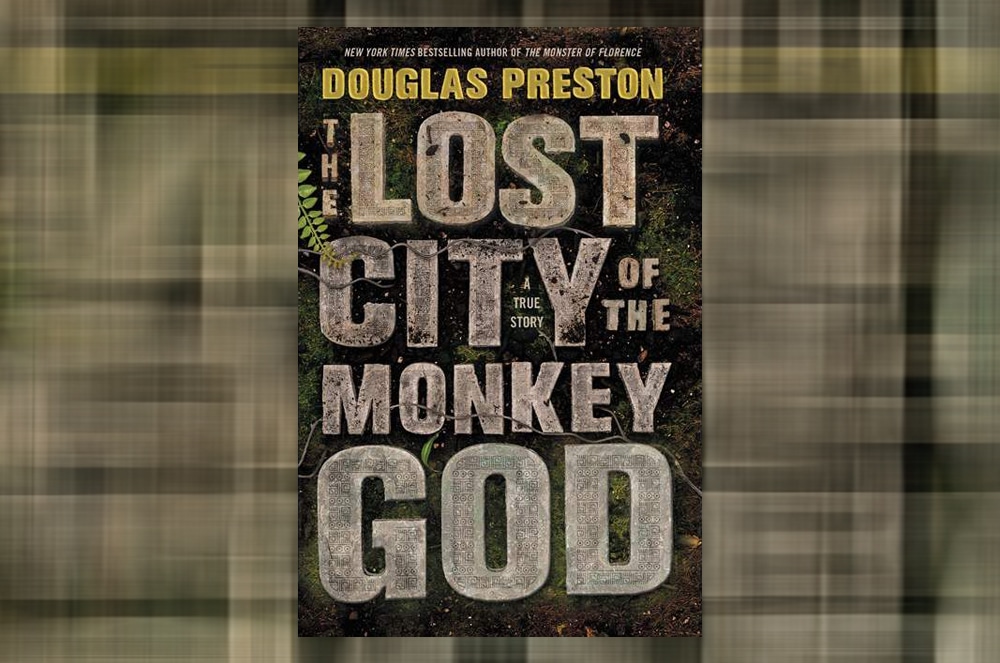 The Lost City of the Monkey God by Douglas Preston has been gaining a ton of buzz this year (the book came out on January 3rd, so it’s technically this year’s release). In fact, one of the reasons that I had thought it may be popular was that it was drawing on the buzz surrounding the similar sounding The Lost City of Z, a film based on the David Grann novel starring Charlie Hunnam and Robert Pattinson that comes out in the spring (I can’t wait!). In fact, it was refreshing to see that David Grann offers his praise for Preston’s book in a glowing endorsement. It turns out that The Lost City of the Monkey God is an entirely different animal than I had thought, and the first thing to be lost was my expectations.

I am familiar with Preston from his article Crisis in the Hot Zone, which expanded into the book (and film) The Hot Zone, which is why everybody growing up seemed to be obsessed with the idea of the Ebola virus. Despite this information, the book jacket deceived me into thinking that book was really a sort of Indiana Jones adventure type story, in which Preston and a group of explorers venture into Honduras using LiDAR, an advanced classified technology to explore T1, a city known as El Ciudad Blanca (The White City) in the Mosquita region of Eastern Honduras.

In a sense, this is really what the book is about and I should have delved into the story. Here’s the thing, though. It was billed as a thrilling adventure, and even halfway through the journey I was struggling to discover what it was about the book that made it so thrilling. It was as if something was close by, the society itself most likely, or some sort of find or discovery of an ancient city or civilization (it’s easy to see the importance of a discovery of an ancient city in a rickety time in the history of the world), and then the a-ha moment was reached and the book was really starting to become interesting. In actuality, the last half is the real page-turner of The Lost City of the Monkey God and does involve a discovery.

It is at this point I would be loathe to reveal the big mystery, (which isn’t really a mystery, see above), as well as the fact that the book has been in print for almost two months, and that “spoilers” can be gleaned from almost any review. But I didn’t know the direction the book would take, and if you have stayed fresh at this point, read the book instead and discover the ingenious way that Preston marries the shocking discovery with the mysterious city at the heart of the journey.

The Lost City of the Monkey God was provided by Hachette in exchange for an honest review. It may be purchased from your friendly independent bookseller or other fine bookstores.