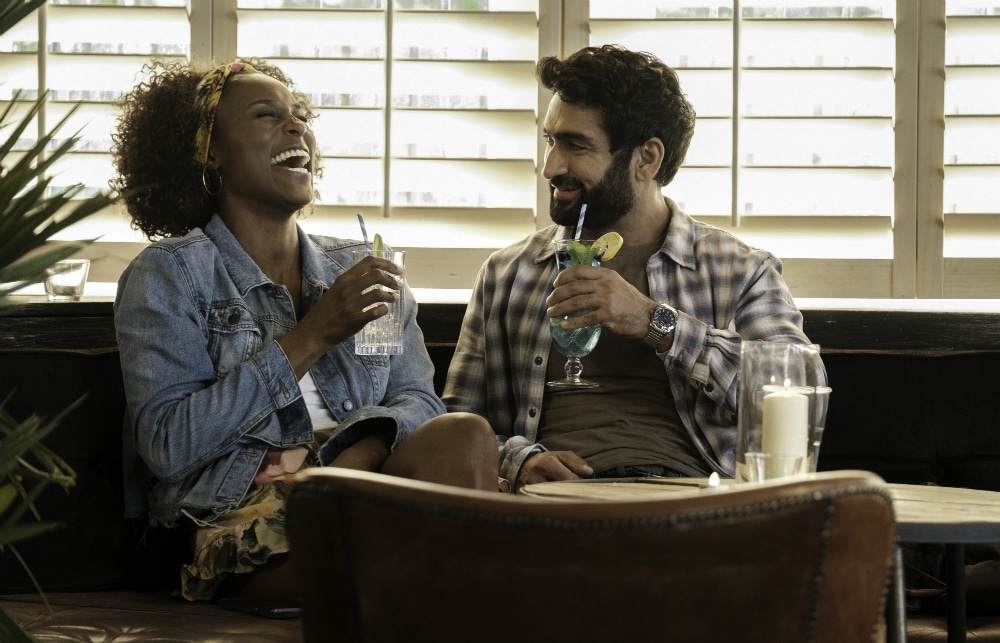 Much like its central relationship, The Lovebirds starts strong before sliding into routine. Directed by Michael Showalter, we’re introduced to Jibran and Leilani during their first meeting, flush with attraction, and then fast forward four years when arguments rule the day. It’s all effectively recognizable until the pair witnesses a murder and is suddenly wanted by both the cops and the New Orleans underworld. It’s certainly one way for a couple to keep things exciting.

Or it would be if only The Lovebirds could maintain that kind of chaotic energy. The star couple, played by Kumail Nanjiani and Issa Rae, do what they can to keep things alive, but often find themselves searching for something off which to play. After that initial murder rush—which just happens to occur during their breakup—we join Jibran and Leilani, now forced to work together, as they piece together the case and labour to clear their names. There’s a rich idea here, a new form of buddy comedy we haven’t quite seen before (led by actors not usually in those roles), but the film just takes us through a handful of bland scenarios before arriving at the climax we all know is coming. Comparing it to similar comedies, like Date Night and Game Night, draw these problems into stark relief. While those films aren’t perfect either, the individual components work in tandem to entertain (and distract). Here, though Nanjiani and Rae vigorously fast-talk their way along, it’s not enough to hide the inert plot and forgettable characters. (Paul Sparks’ villain, for example, is as rote as can be.) Ultimately, the film’s mania only goes one way.

Ironically, this makes The Lovebirds one of the truer relationship movies around. Yes, the criminal scenario is wild, but the emotional trials are not. If there’s anything to recommend here, it’s in that core idea. Still, like many relationship problems, they’re often only interesting to the people in the relationship. As for the rest of us, we may want to direct our attention elsewhere.

The Painter and the Thief Review