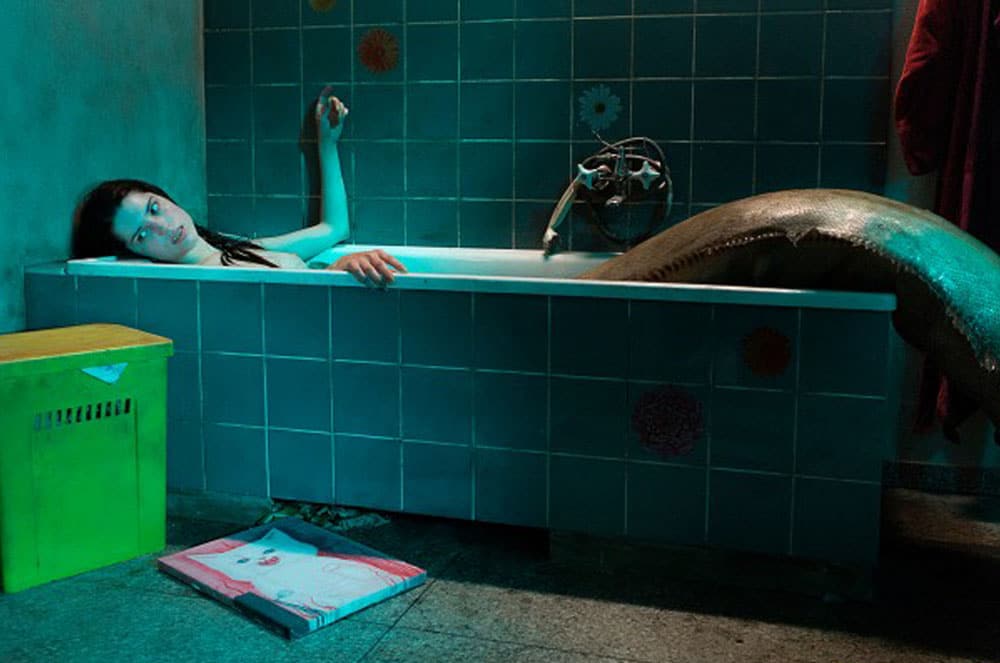 Well, it is different.

A take on the Hans Christian Andersen fable The Little Mermaid, but so much more than that (in the words of David S. Pumpkins, “its own thing”), Agnieszka Smoczyńska’s Sundance film The Lure, described as a horror-musical, plays this week at the Royal Cinema in Toronto.

The story ostensibly focuses upon a pair of fetching mermaids, (Marta Mazurek and Michalina Olszańska), named Silver and Golden. Naturally, the hair colour of Silver is gold, and Golden is dark brown, perhaps implying that all that glitters is not Golden, (or Silver). They appear from the water, Golden first then Silver, a pair of Venuses, embarking upon a group of nightclub singers and performers, initially outside, but then inside. The juxtaposition of the mermaids claiming, (in song), that they will not hurt anyone, and the men of the band all too eager to lift them from the water, which ends abruptly with a scream from a nightclub singer (Kinga Preis), and transports the viewer into the seedy lounge in which much of the action takes place, a sexual strip show that pairs with music to become a glamorous nightmare-scape. The mermaids rebuff the advances of a few of the older members of the scene, (after it is revealed that they don’t possess genitalia, only fish tails that appear when they dry out), and then the movie is transported into a body switching scenario involving the bottom half of their bodies as they’re kept in ice baths and shot mostly from above…this is all the while set to music.

Well, let’s just say that it all sounds much more wild than it actually plays out, (the exception being a musical number early on set in a grocery store setting that sings in another sense). Everything shown on screen makes sense, both from a narrative perspective as well as a metaphorical one, though it surely plays much better to the audience experiencing and appreciating its eccentricities for the first time. In other words, don’t read any more, and experience the lure of The Lure for yourself.