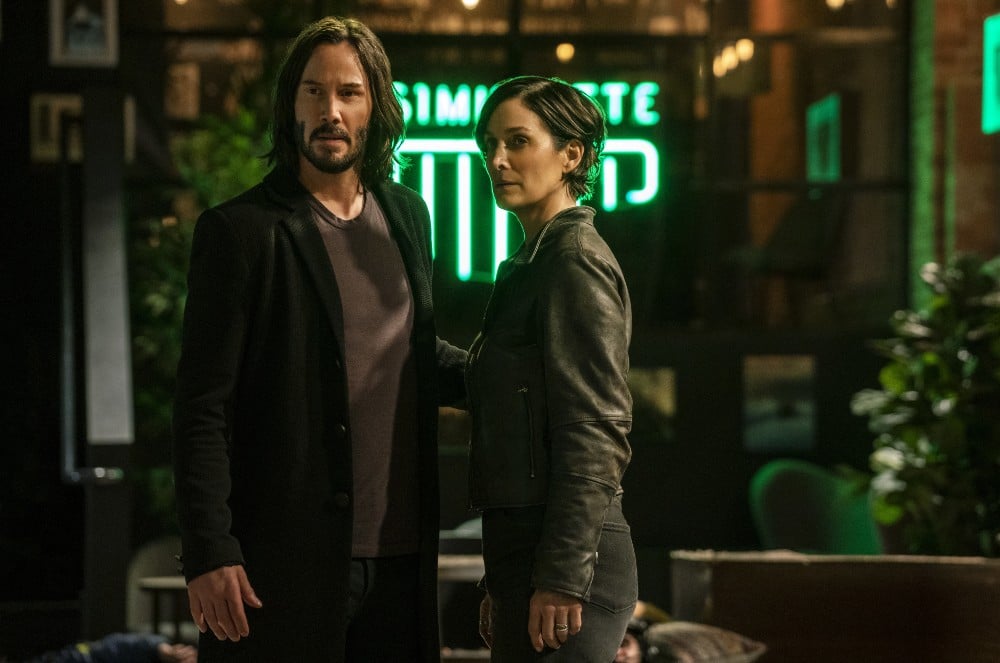 As the sequels to 1999’s The Matrix explained more of the film’s world, there was a sense that its mystery, its innate coolness, had been lost. We simply knew too much, including the idea that more films in the series were a mistake. Still, the Matrix persists, The Matrix Resurrections is here, and while not quite visualizing anything new, it does indeed have something refreshing to say.

Working from a script co-written with Aleksandar Hemon and David Mitchell—and due to the vagaries of time—director Lana Wachowski sets Resurrections decades after her previous trilogy. Neo (Keanu Reeves) and Trinity (Carrie-Anne Moss) have been returned to life as older versions of themselves—who are also not themselves. Adapting from the technological changes of those pre-millennial days, Wachowski’s film orchestrates heady new reasons for just how and why we too are back with these beloved characters still trapped in their digital prison. Instead of an office drone, Neo now works as a game designer building narratives out of his own memories—or are they dreams? Trinity’s punishment is no less severe: she’s married to some dingus, taking care of kids, and surely not leading an uprising. The film plays this as a joke—a gag its new (or old) villains, played by Jonathan Groff and Neil Patrick Harris, enjoy—acknowledging time’s passage while addressing the decision to dive backwards anyway. Yes, this film is something of a trip, invoking some of the twistier word-smithing of Reloaded and Revolutions, but it’s not one of mere nostalgia. In fact, to Wachowski’s great credit and despite an obvious blockbuster ruleset, the film gives voice to far more radical ideas.

So, does Resurrections make the Matrix cool again? Yes and no. Nothing compares to that original film. Wachowski’s efforts note that too, splicing in old imagery as a salve while her new action gets affected by the same digitization that has eroded us all. And yet this latest film also surprises as a wake-up call. Sure, it romanticizes the past, but it also animates it, asking: what in the world do we want now?