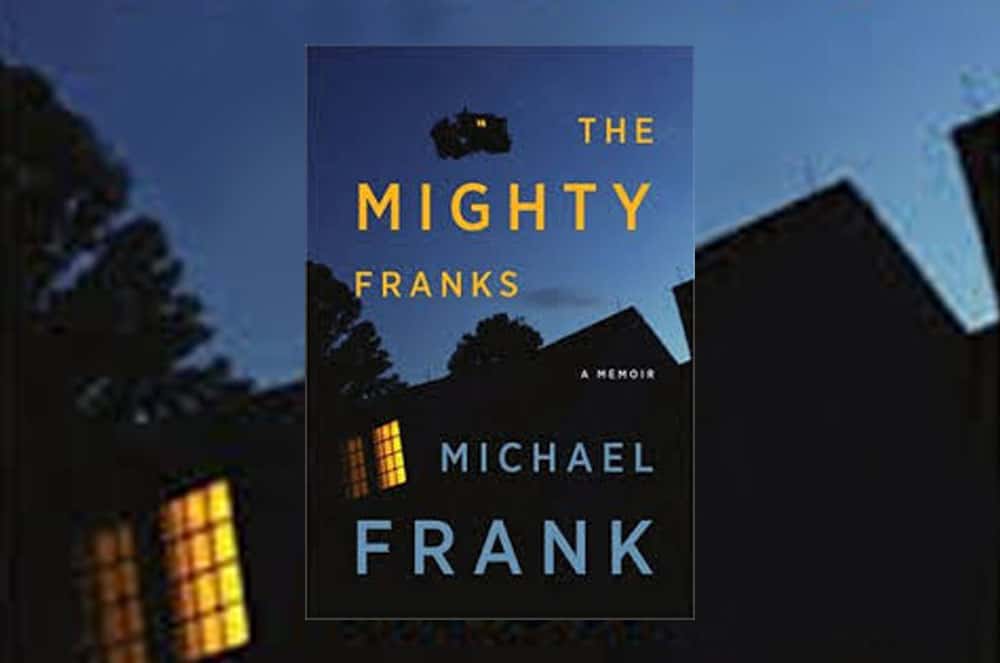 The Mighty Franks, a memoir by Michael Frank, (yes, of the same Franks) has been described as a little bit like Augusten Burroughs. While I struggle to see the connection, I will admit that the new book by Frank seems to be a certain style of memoir, one that you do not come across very often any more, (perhaps this is where the Burroughs connection is made), but still feels modern.

The book is dishy but mainly to a reader that cares to read about Michael and the prismatic way that he views himself and his life, particularly through his aunt and uncle (but mainly his aunt). Yet there is another level to the story, as his Auntie Hankie is also married to his mother’s brother, as well as being his father’s sister. His aunt and uncle have no children of their own, and often refer to Michael as “theirs”. This struggle certainly underlines how close the family is to each other, (the title is used frequently, and by no means in an ironic sense). Harriet Frank, is alive at 100 years old (!) and his uncle Irving Ravetch, who passed away in 2010. There is little to learn about his own parents, who are mentioned far less frequently, but we do learn about the married screenwriters of Norma Rae, Murphy’s Romance and Hud, not necessarily in a professional sense, but most certainly in a personal one. The movies are mentioned more abstractly, as this is not a story about how to write a screenplay.

Instead, while the insider-y nature of the tome certainly does explore the wonder of Hollywood and a certain sort of formative experience, the theme is more descriptive, of recalling a certain time and place. Frank still seems wistful for the time in which his aunt was an integral part of his existence and the sense of mise en place that deals with cooking, certainly, but far beyond the kitchen. Frank is descriptive and sets out the scene of a segment of Los Angeles and Hollywood from a past time, but one in which he recalls with a panache worthy of experiencing, simply to revel in Frank’s style, which certainly doesn’t seem to be as earthy and self-loathing as Burroughs (this is not an insult as I tore through his last book). Frank is far more contemplative, reflective, and dare I say, mightier.

The Mighty Franks was provided by HarperCollins Canada in exchange for an honest review. It may be purchased from your friendly independent bookseller or other fine bookstores.

Win a Run of Engagement Pass to Certain Women in Toronto!